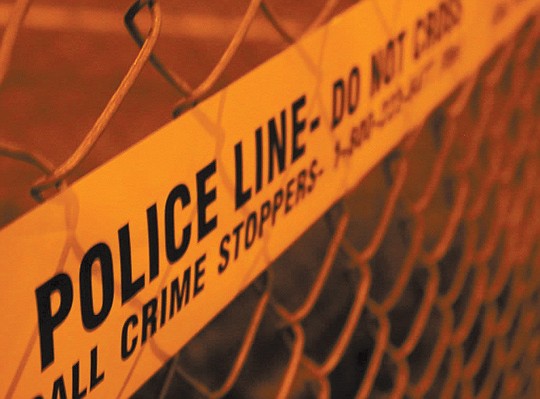 A manhunt was underway Wednesday afternoon for a shooter who ambushed and wounded a Los Angeles County sheriff’s deputy outside the department’s Lancaster station.

Deputy Angel Reinosa was in the parking lot of the station at 501 W. Lancaster Blvd. when shots were fired at 2:48 p.m. Wednesday, striking him in his right shoulder, Capt. Todd Weber of the sheriff’s Lancaster Station said.

“Deputies at the location evacuated him,” Weber said. “He is doing great, has a minor wound, is in high spirits and should make a full recovery. Very lucky.”

The deputy was going to his personal vehicle in the parking lot at the time of the shooting, Weber said.

Reinosa was treated at the hospital and released to his family. The 21-year-old Reinosa has been with the sheriff’s department for one year and was assigned to patrol training at the Lancaster station in May, Weber said.

Other deputies were fired on as well but not wounded, Deputy Morgan Arteaga of the Sheriff’s Information Bureau said.

A containment perimeter was quickly set up, Weber said. The four-story apartment building where the shots were believed to have originated was locked down as was a nearby school. The school was later evacuated and students were reunited with parents, he said.

Dozens of SWAT deputies descended on the scene via helicopter and armored vehicles. Tactical teams were checking each apartment and determining whether residents were better off sheltering in place or going to an evacuation center with American Red Cross support, Weber said.

“A potential apartment may have been identified,” Weber said.

Late Wednesday night, the sheriff’s department tweeted “2 adults detained (for being uncooperative) during operation, active search concluded, investigation ongoing & scene still active.” The number of shots fired and other crime scene details would be determined after the situation is secure, Weber said, adding that the scene where Reinosa was wounded was still in the line of fire.

“This is a large crime scene and it will be a lengthy investigation,” Weber said.

Lancaster Mayor R. Rex Parris said the apartments “cater to the mentally ill” and he expressed concern about the location of the complex so close to the sheriff’s station.

“Of course it’s insanity,” Parris said. “It’s outrageous to have that population in that location. Thank God we don’t have a funeral.”