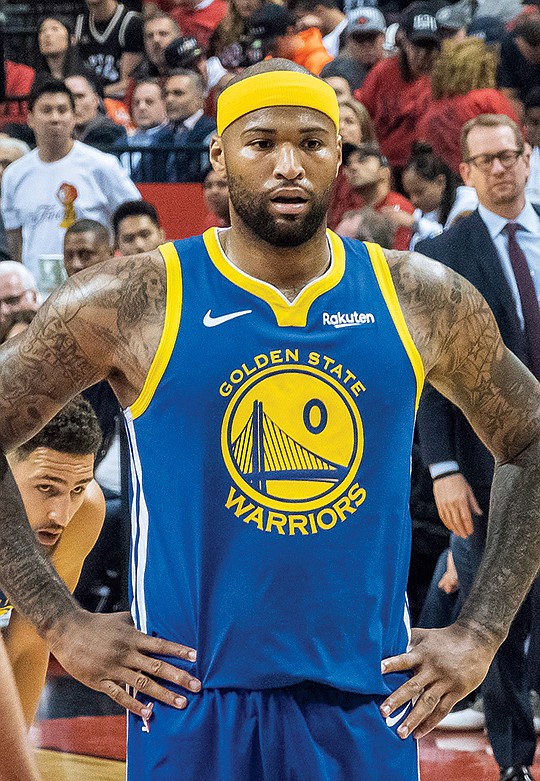 The Los Angeles Lakers confirmed this week the team is investigating an allegation that all-star center DeMarcus Cousins threatened to shoot his ex-girlfriend if she didn’t allow their child to come to his wedding.

“We are aware of the allegation involving DeMarcus Cousins and, of course, take this claim seriously,” according to a statement from the team. “We are in the process of gathering information and will reserve further comment at this time.”

TMZ.com reported that Cousins’ ex-girlfriend, Christy West, filed court papers in Alabama seeking a restraining order against the NBA star, who was signed by the Lakers earlier this year and previously played for the Sacramento Kings, New Orleans Pelicans and Golden State Warriors.

According to TMZ, Cousins allegedly threatened West during an Aug. 23 telephone call, during which he was asking that their son attend his wedding the next day.

The TMZ report includes what is purported to be an audio recording of the phone call, made by West. On the audio, the male caller is heard saying, “I’m gonna ask you this one more time before I take it to another level...Can I have my son here, please?”

When West responds no, the male caller says, “I’m gonna make sure I put a bullet in your (expletive) head.”

The 29-year-old Cousins, who was signed by the Lakers in July but recently suffered a torn ACL in his left knee, was married Saturday in Atlanta. According to TMZ, his 7-year-old son was not in attendance.