Cultural appropriation: When and where is the line crossed? 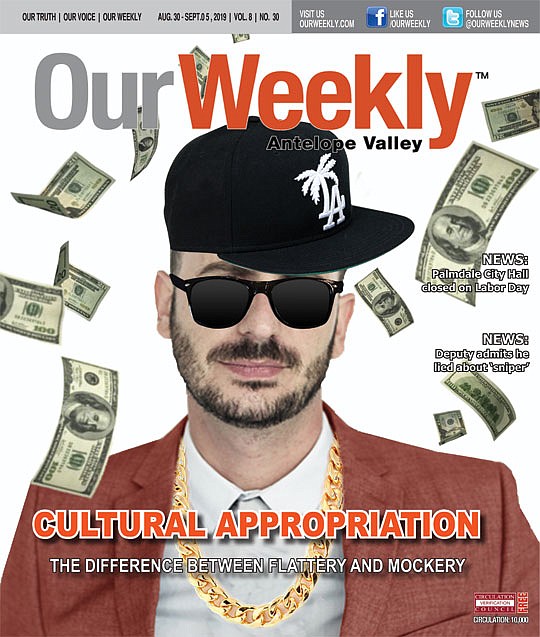 Dolezal is not the only White person, supposedly facing an “identity crisis.” German model Martina Adams, also known as Martina Big, took it a step further physically becoming “Black.” Adams, who changed her name to Malaika Kubwa after being baptized in Kenya to become “a real African-American woman” as she claims, received first media attention because of her breast augmentation, and for being the first European with the largest implants.

Now, she’s also the first White woman that turned Black by tanning injections. To alter her appearance further and be more “authentic,” Kubwa styled her hair into a thick weave—like Dolezal—and went further with lip fillers, and a nose job. Her future plan is to move to Kenya, to have the real “Black experience.” People all over the internet were outraged when they saw her on the Maury show. Adams is even under the impression, her children will be Black.

And where some would argue, to experiment with different hairstyles, clothes, and make-up that represent other cultures, is like following a new trend, others would say that it’s not a trend. And should never be considered as one.

Whereas White women can dress and supposedly conduct themselves with a Black countenance, the latter women can remove their dark-toned makeup and rock a different hairstyle. Black women are forced to hide their natural hair because of fear to be discriminated against in school or the workplace. So it’s not that Black women are taking away from Whites and their culture, but more so they are forced to participate.

“There isn’t any evidence of any White women or White children who have been dismissed for doing their hair in a certain way even if it’s the appropriation of Black hairstyles,” said Dr. Zinga Fraser, assistant professor in Africana Studies at Brooklyn College in New York. “We can’t equalize Black women and Black girls’ experiences in terms of hair and beauty in the same way that we look at White women’s hair and beauty culture.”

The fashion industry also received some scrutiny in regards to crossing the line of cultural appropriation. Gucci got heat for using turbans, and Marc Jacobs got heat for using dreads on White girls. His response on his social media was,

“Funny how you don’t criticise women of colour for straightening their hair.”

After his social media accounts were flooded with comments and accusations of being a racist, he apologized for being insensitive.

Victoria Secret also received some backlash in 2017, for incorporating a Native American headpiece on one of its White models.

A major issue is the lack of diversity by representing different cultural inspirations, such as the afro. But many fashion experts—such as Designer Jane Kellock—who is the founder of Unique Style Platform, and also worked with brands such as TopShop, doesn’t believe fashion designers rip off cultures purposely. She believes however that the industry often times crosses boundaries of cultural appropriation.

“Design is a mish-mash of different styles, cultures, ideas - and that's what makes it interesting,” Kellock told BBC News in an interview. “Fashion brands have to be more aware and diverse in general, because they're not. They're really not. They'd rather use a celebrity that they know will get lots of people interested in it, rather than the original source of the idea.”