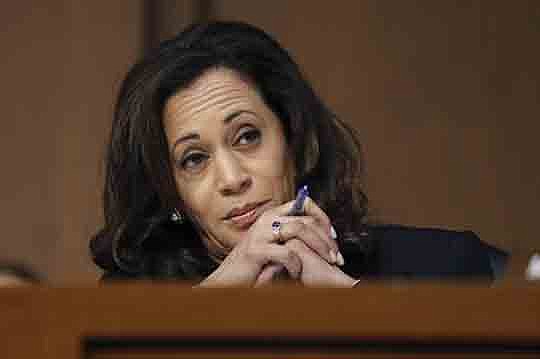 Sen. Kamala D. Harris (D-CA) has reintroduced the Ensuring Diverse Leadership Act, legislation to ensure that at least one minority and one female candidate are interviewed for each vacancy for the presidency of a reserve bank at each of the 12 reserve banks. These include San Francisco, Boston, New York, Philadelphia, Cleveland, Richmond, Atlanta, Chicago, St. Louis, Minneapolis, Kansas City, and Dallas. Of the more than 130 individuals who have served as president of the 12 reserve banks, only three have been non-white. In 2017, Raphael Bostic became the first African American reserve bank president when he became president of the Atlanta Fed. Additionally, there have been only seven women to ever serve as a reserve bank president.

“Bringing greater diversity to the Federal Reserve will ensure that more perspectives are heard as major decisions are being made about our nation’s economic future and will produce better outcomes for the American people,” Harris said. “We must do more to ensure that this country’s leadership reflects the people they serve—not just at the Federal Reserve, but across all levels of government.”

In addition to ensuring diverse candidates are interviewed for the position of president, the bill would also require that reserve banks submit a report to the Senate Banking Committee, the House Financial Services Committee, and the Office of the Inspector General of the Federal Reserve System within 60 days of filling a vacancy for a presidency detailing how many candidates were considered and providing demographic information on them. The bill would also make technical corrections to the Federal Reserve Act to replace the term “Chairman” with the term “Chair.”

The Diverse Leadership Act is influenced by the National Football League’s “Rooney Rule,” which was established in 2003 to boost diversity among the league’s head coaching positions. The adoption of this policy has more than doubled the number of NFL coaches of color in the first twelve seasons of its use, when compared to the first twelve seasons beforehand.

This bill is the Senate companion to legislation introduced by Representative Joyce Beatty (OH-3) in the House. Sen. Harris originally introduced the Ensuring Diverse Leadership Act during the 115th Congress.