Tattoos trace a history across race and mainstream 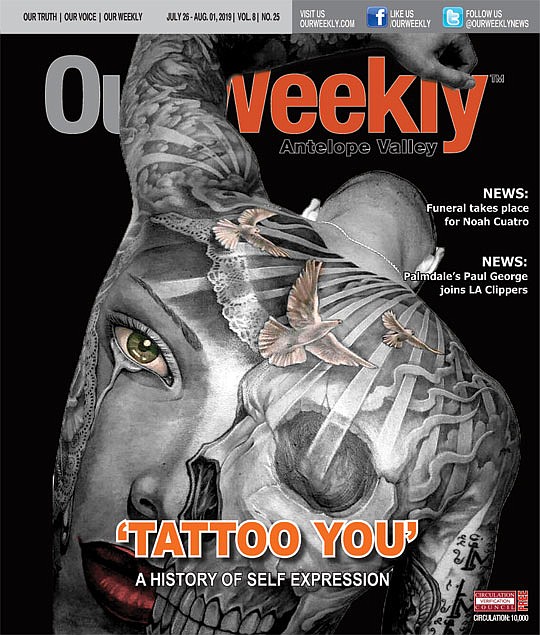 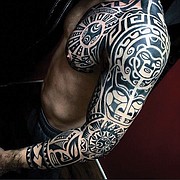 To have a tattoo these days would be considered mainstream. Even a face tattoo is nothing that consists of shock value, thanks to SoundCloud rappers like Daniel Hernandez, professionally known for his rapper persona-name Tekashi69, and the latest Jahseh Dwayne Onfroy, who was also known by his artist name XXXTentacion. But tattoos and tattooing came a long way, especially across race and culture.

In ancient times, tattoos were a way of identifying someone’s status in society and tribe. The word “tattoo” originated from the Samoan word “tatau” and has many meanings. “Ta” means “to strike,” and “tau” means “to reach an end, a conclusion, as well as war or battle.” The word “tatau” also means “rightness or balance.” Which makes sense, thinking about the process of getting tattooed.

But it wasn’t the indigenous people who originated tattoo art. In reality, the Egyptians were the pioneers. Tattooing was practiced by people across cultures—from Japan to Europe—in which individuals adorned their bodies with art. After Christianity was introduced to Europeans, tattoos became something associated with the outlaws and outcasts of society. However, in the 18th century, British sailors would travel to the South Pacific, and returned with tattoos that reminded of their voyages.

While the art form is more mainstream today, tattoos still don’t come without a stigma. For instance, the Chinese have been tattooing for centuries, (termed “Ci Shen” or “Wen Shen”) but it’s not something that is being practiced frequently. Throughout Chinese history, this art form has been seen as an abuse of the body, something considered undesirable. On the other hand, different Chinese tribes, such as the Dulong Tribes, tattooed the faces of their women to protect them from rape of other neighboring tribes, because that way they would be considered ugly and unattractive.

Tattoos in modern times can be perceived as lustful or even promiscuous on women. A study that sent 11 women to the beaches of Brittany, France observed how long it would take men to approach women without any tattoos and with one tattoo on the lower back. It took an average of 24 minutes for men to approach the tattooed women to start a conversation. Those men also admit to thinking those women would have sex with them on the first date.

But for Black women, elements of misogyny and prejudice can come from within the Black community, where some Black men may refer to Black women with tattoos as “ghetto” or “trashy.”

According to psychology.com, “despite the increasing popularity of tattoos over the last decade, people with tattoos are viewed negatively.” As well, “studies focusing exclusively on tattooed women have found that they are judged more harshly than their male counterparts. “

In Japanese culture, tattooing is also known as “irezumi” and has always been seen as controversial. The modern Japanese trends witnessed today are derived from the Edo Period (1603-1868). The importance of tattoos in Japanese culture has fluctuated in popularity and acceptance, somewhat similar to Chinese culture.

Applying a tattoo has often been used as a punishment in both Japanese and Chinese cultures. However, tattoos in Japanese culture were initially associated with firemen, who wore them as a type of spiritual protection. These men were admired for their bravery—and sex appeal—which, in turn, would foster imitation. After the Meiji period, the Japanese government made getting tattoos illegal and tattooing was associated with being a criminal. Today, most members of the Japanese mafia, the Yakuza, are heavily tattooed, which they conceal in public. The Japanese government still makes it difficult for citizens to get tattooed, while respecting the choice for tourists.