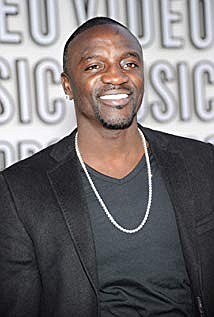 Artist and songwriter Akon and former Motown exec Kedar Massenburg have partnered to launch Akonik Label Group (ALG). Distributed worldwide by BMG, the company is embracing a regional A&R model as a new approach to what’s traditionally been thought of as world music, reports Variety.

LG is looking to Latin countries, the Caribbean and Afrobeat hubs to sign and develop new talent under four banners: Akonda, Ke Lo Ke, Jamakon and Akonik, the latter of which will focus on American and European acts. The multi-national multi-cultural labels will have offices in New York City, Miami, Los Angeles and Atlanta. Akon is best known as a collaborator credited on hits by Eminem, Gwen Stefani, Dr. Dre, Daddy Yankee, Lil’ Wayne and many more. He was also an early advocate of Lady GaGa, signing the budding singer to his now dormant imprint as part of a joint venture with Universal Music Group.

“I have collaborated and worked with artists of all genres from pop, Afrobeat, electronica and hip hop, so I know firsthand that great music is universally recognized no matter where it originates,” said the American-born Senegalese Akon in announcing ALG. ”Regional music styles are blending and easily accessible via streaming — music fans already appreciate beats from all over the world.” Massenburg made his name in the music business for his part in the Neo-Soul movement, including the discovery and development of Erykah Badu, D’Angelo and India.Arie, each of whom went on to success in the 1990s and beyond.

“The digital landscape makes it possible to identify and promote talent from all over the world,” Massenburg said. The two met while he was president of Motown. “Akon and I reunited to sign the best of the best in each territory, and we intend to be pioneers in building a platform that will introduce artists from all over — Africa, the Caribbean, Latin America, Asia and India — to a global audience.”