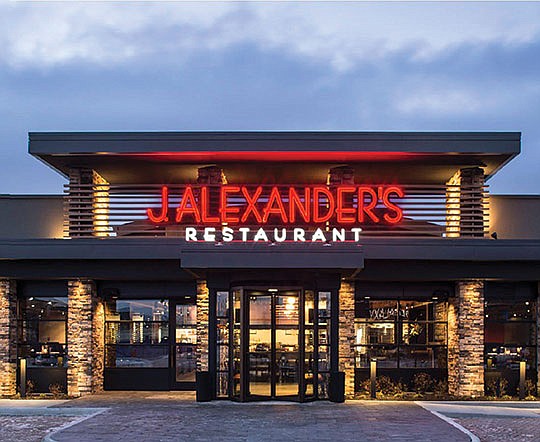 An African American woman says she was discriminated against at J. Alexander’s restaurant in West Bloomfield (Detroit area) when she was asked to give up her seat to a White man and refused service, reports WXYZ-TV. She is calling for the termination of all employees involved. Lia Gant, her attorney Maurice Davis and Jerrick Jackson, another patron at the restaurant last Thursday who says he was called the N-word, held a press conference Monday.

“We refuse to backslide into a nation where Black people are told to give up their seat to White people, where Black people are denied services at restaurants,” Davis said. Thursday’s incident began when a White bartender asked Lia Gant and her friend to give up their seats at the bar for two White men, according to Gant. When Gant refused, the bartender took her drink and poured it down the sink. “I immediately got up and went to management and she said I shouldn’t be upset because the drink wasn’t thrown on me,” Gant said.

Gant paid the bill after the manager refused to remove it. Meanwhile, Jackson said he was also discriminated against on the same day, when a White patron called him the N-word and told him to leave after he complained to management about poor service. Video was recorded as the White customer yelled at Jackson, hurled food and nearly struck Gant’s friend in the face. When West Bloomfield police arrived, Jackson says the restaurant employees concealed the identity of the patron who threw food at them.

“We will fight to ensure that J. Alexander’s is held accountable for denying our client’s rights to a public accommodation in violation of her fundamental civil rights,” said Davis in a release. Jackson said that that he and Gant did not know each other and that both incidents happened on the same evening. “That’s not coincidental. This restaurant has a culture of racism,” he said. J. Alexander's has issued a statement, saying its staff “made every responsible effort to safely diffuse this incident.” It also said two guests have falsely accused “our staff of racial discrimination.” The bar’s statement said it would wait for the police department to complete its investigation before pursuing any action.