Black and LGBTQ: How society may encourage the ‘down low’ 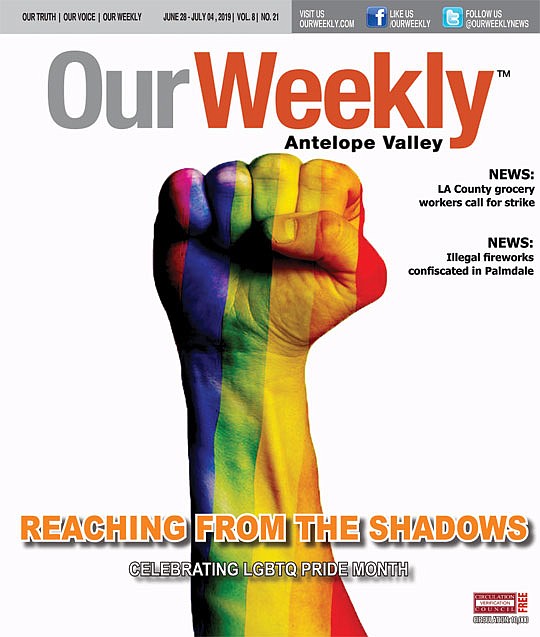 “The Black church is a social space of high constraint, which produces the necessity for this secret. Churches require Black men to be DL,” McCune said.”

Because of the pressure and homophobia that comes from the community and the church, many Black men are under the impression to act hyper-masculine, as a result of dealing with male-insecuritities. Many believe the root cause of this controversy is the legacy of White supremacy’s emasculation of Black men during slavery, and the way Black men were perceived as violent, and dangerous, but also forced to look and be tough. But it’s not the same stigma that would face straight White men who have sex with men. Professor Jane Ward, who wrote the book, “Not Gay: Sex Between Straight White Males,” said that sex among hetrosexual White men actually affirms and strengthens their heterosexuality.

New York Times Magazine has reported that Black men see homosexuality as a pervertion of the White man.

In the article it says, “Rejecting a gay culture they perceive as White and effeminate, many Black men have settled on a new identity, with its own vocabulary and customs and its own name: Down Low. There have always been men—of all races and ethnicities— who have had secret sexual lives with men. But the creation of an organized, underground subculture largely made up of Black men who otherwise live straight lives is a phenomenon of the last 20 years. Most date or marry women and engage sexually with men they meet only in anonymous settings like bathhouses and parks or through the internet. Many of these men are young and from the inner city, where they live in a hypermasculine thug culture. Other DL men reportedly form romantic relationships with men and may even be peripheral participants in mainstream gay culture, all unknown to their colleagues and families. Most DL men identify themselves not as gay or bisexual but first and foremost as Black. To them, as to many Blacks, that equates to being inherently masculine.”

The problem is not so much the infidelity part, but more so the fact that men on the DL often don’t use protection, there by placing their partners at high risk. The use of a condom is said to confirm an act of homosexuality, which they don’t identify with. Therefore, their sexual acts are bare (unprotected). And since many Black men are uncircumcised, this can place them at even higher risk for HIV/AIDS. Additionally, many inner-city Black men do not have access to regular health care.

According to the Centers of Disease Control and Prevention (CDC), the rates of HIV and STD cases in the Black community are higher than in the White community and said to be linked to those encounters on the “DL.” Although there’s no direct data that link men on the DL to the spread of HIV, a 2017 finding from the CDC revealed a higher percentage of HIV between gay Black men, and hetero sexual Black women.