From the mind of Brian Michael Bendis 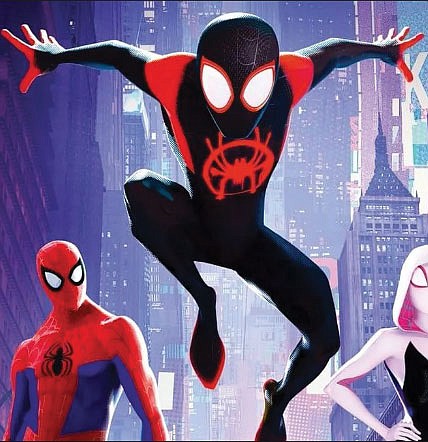 “Spider-Man: Into the Spider-Verse” has garnered an Oscar and has been widely called the best Spider-Man movie in the series.

Bendis joined Marvel in 2000, after years struggling as an independent comic book artist. When he arrived at Marvel, things were dire as the company was going through a bankruptcy.

When Bendis walked in the door at Marvel, the company was literally putting furniture up for sale. Bendis’ first job was writing for “Daredevil.” He claimed the editor gave him the job, because Kevin Smith, who was then writing for the comic, was late.

However, they liked his work so much they gave him the task of working on a new line of comics set in the Ultimate universe. According to Bendis, the “ultimate universe” was a way of reinventing Marvel characters and placing them in a modern-day setting.

“We tried to tell the story as if it was happening today,” he said.

Bendis felt there were some changes he could make to the classic Spider-Man character to improve it. So, with some lobbying from actor Donald Glover, he changed Spider-Man from Peter Parker to Morales. In the Ultimate Universe, Peter Parker is killed and inspires Morales to take up the role of Spider-Man.

The comic book turned out to be a success and was in the top five best sellers. Bendis said that even though the story has been updated, it still appeals to audiences. It still has the core Spider-Man message of “with great power comes great responsibility.”

“The moral behind Spider-Man is a universal truth,” said Bendis. “It’s bulletproof.”

Bendis was also involved in the critically-acclaimed and now Oscar-winning, “Spider-Man: Into the Spider-Verse.” As an executive producer, he got to see early drafts of the movie and offer his opinion.

According to Bendis, he could see from the early versions that it was going to be “a special movie.”

The film has been praised for its colorful style, and incorporating elements of the comic book medium.

Bendis described it as a “Valentine about comic books” and something that will make viewers want to go and draw their own books and characters.

“I will be appreciating this for many years,” said Bendis.

Bendis is currently at DC Comics where he writes for Superman and Young Justice and the new book “Naomi” on DC’s imprint Wonder Comics.

He said comic books are still one of the most creative art forms because they allow creators to do anything they want on a blank piece of paper.

“Spider-Man: Into the Spider-Verse” is available out on DVD and Blue-ray.