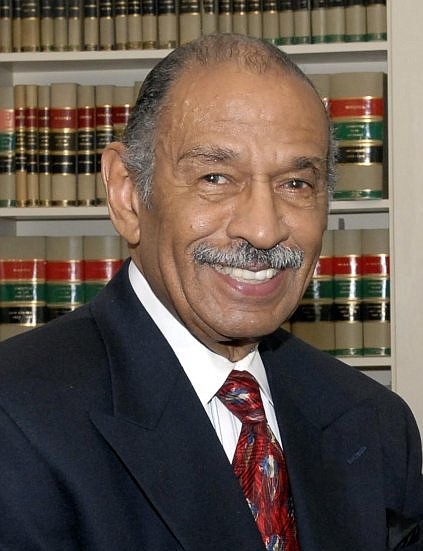 Former U.S. Rep. John Conyers, one of the longest serving members of Congress, passed Oct. 27 at the age of 90, reports the Associated Press. Conyers was known as a liberal on civil rights became a political institution in Washington, D.C. and back home in Detroit despite some scandal associated with his long and storied career.

Conyers died at his home Sunday of natural causes. Known as the dean of the Congressional Black Caucus, which he helped found, Conyers became one of only six Black House members when he won his first election by just 108 votes in 1964. The race was the beginning of more than 50 years of election dominance: Conyers regularly won elections with more than 80 percent of the vote, even after his wife went to prison for taking a bribe. That voter loyalty helped Conyers freely speak his mind.

He took shots at both Republicans and fellow Democrats: he said then-President George W. Bush “has been an absolute disaster for the African-American community” in 2004, and in 1979 called then-President Jimmy Carter “a hopeless, demented, honest, well-intentioned nerd who will never get past his first administration.”

Throughout his career, Conyers used his influence to push civil rights. After a 15-year fight, he won passage of legislation declaring the Rev. Martin Luther King Jr.’s birthday a national holiday, first celebrated in 1986. He regularly introduced a bill starting in 1989 to study the harm caused by slavery and the possibility of reparations for slaves’ descendants. His district office in Detroit employed civil rights legend Rosa Parks from 1965 until her retirement in 1988. In 2005, Conyers was among 11 people inducted to the International Civil Rights Walk of Fame.