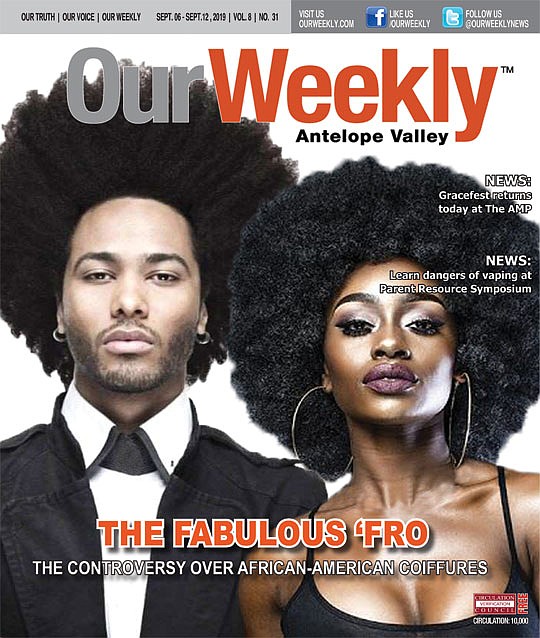 What may be most interesting about the Afro is its cultural trajectory. In the 1970s, for instance, the Afro was perceived as a major political statement that, beforehand, would have never appeared in the pages of a mainstream publication, or graced the motion picture or television screens. The Afro originated in both a political and emotional climate. The style would fit with a broader generational rejection of artifice but, more importantly, it expressed defiance of racist beauty norms, rejection of middle-class conventions (much like the hippie movement of the mid-60s), and demonstrated pride in Black beauty. The unstraightened hair of the Afro was simultaneously a way to celebrate the cultural and physical distinctiveness of the Black race, and to fully reject practices associated with any emulation of Whites.

An ‘in-your-face’ style for Black youth

“You didn’t see Black celebrities or athletes wearing the natural. Willie Mays didn’t have one. Neither did Jim Brown or Muhammad Ali in their early days,” O.D. said. He explained that the Martin Luther King generation would have said the Afro was a little too “in-your-face” and that it would do more to instigate White America rather than attracting them to the subject of Black equality.

“The young people saw it differently,” O.D. noted. “This was their time to speak. It was their time of self-expression. The Black teenagers wore the Afro with pride and distinction because it was theirs...and no White person could take it away from them.”

Black hair has been an integral feature of Black history, from African tribal styles to Caribbean dreadlocks. In early African civilizations, for instance, hairstyles could indicate a person’s family background, tribe and social status. As an example, when men from the Wolof tribe (in modern Senegal and The Gambia) went to war, they wore a braided style, while women in mourning—in other words a widow—would either not “do” her hair or adopt a subdued style.

During the slave trade, these captives took many of their African customs with them to the New World, including their specially-designed combs—not terribly different from the ever-present Afro combs of the 1970s. During the 19th Century, when slavery was abolished throughout much of the world, many Black people felt pressure to “fit in” with mainstream White society and adjusted their hair accordingly.

“Black people felt compelled to smooth their hair and [texture it] to fit in easier, and to move in society better (and in camouflage) almost,” said Aaryn Lynch who produced a London exhibition on the history of the Afro comb. “I’ve nicknamed the post-emancipation era ‘the great oppression’ because that’s when Black people had to go through really intensive methods to smooth their hair. Men and women would put their hair in a hot chemical mixture—that would almost burn their scalp—to make it look more European and silky.”

In the 1930s, Rastafari theology developed in Jamaica from the ideas of Marcus Garvey, the legendary political activist who worked to improve the status of Black people. Believers then and today are forbidden to cut their hair and instead twist it into dreadlocks. While it is not clear when and where the style originated, there are references in the Old Testament. The Hindu diety Shiva is sometimes depicted wearing dreadlocks. Along with the Afro, dreadlocks remain the most distinctive Black hairstyle.