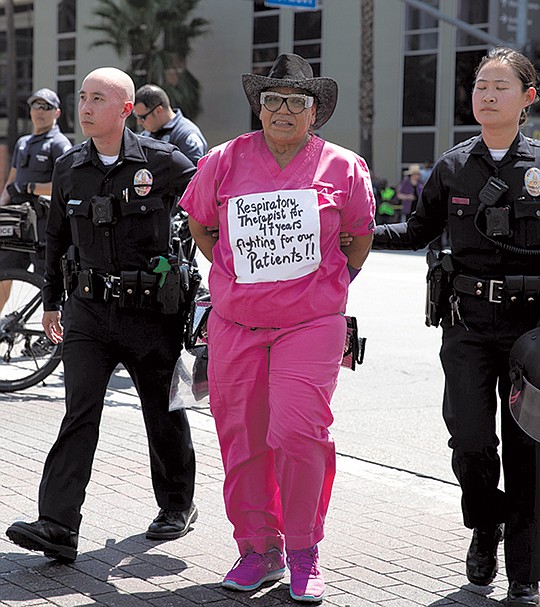 To highlight the proposed strike, thousands of Kaiser Permanente workers held a Labor Day protest to protest Kaiser’s unfair labor practices and its shift from prioritizing patients and the community to profits and enriching top executives.

“On the one day meant to recognize working people, it’s a shame that Kaiser Permanente is attacking the same employees who made it successful in the first place,” said Verna Hampton, a service representative at the West L.A. medical center.

“We reject what Kaiser has become and instead urge the corporation to join us in the fight to provide quality patient care and protect good, middle-class jobs that America needs.”

The nonprofit healthcare system has more than 250,000 employees nationwide, making the proposed strike the nation’s largest union action since the Teamster’s walkout at the United Parcel Service in 1997.

The worker’s national contract—which includes a coalition of unions in California, Oregon, Washington, Colorado, Hawaii, Maryland, Virginia and the District of Columbia—expired on Sept. 30, 2018. The coalition attests that:

• Provides more than $1 million in annual compensation to 36 executives, including $16 million to its CEO;

• Fails to serve its share of low-income patients compared to other non-profit health systems;

• Attempts to outsource jobs to outside companies that pay workers less and offer fewer benefits;

• Commitment of more than $1.2 billion to luxury items, including $900 million for a new corporate headquarters in Oakland and $295 million sponsorship deal with the Golden State Warriors.