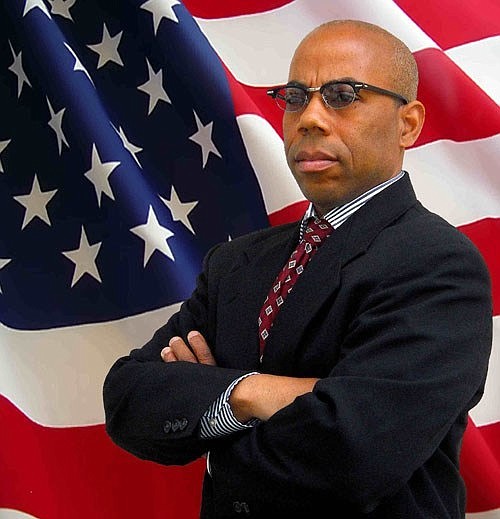 The man Donald Trump once called “my African American” at a rally in 2016 is leaving the Republic Party, reports CNN. Gregory Cheadle told PBS he believes the Republican Party is pursuing a ”pro-White" agenda and using Black people like him as “political pawns.”

He said he has been frustrated with Trump’s rhetoric on race and the lack of diversity in his administration. “President Trump is a rich guy who is mired in White privilege to the extreme,” Cheadle told PBS. “Republicans are too sheepish to call him out on anything and they are afraid of losing their positions and losing any power themselves.”

Trump singled out Cheadle at a rally in 2016 in an attempt to tout his support among African Americans. Exit polls of the 2016 election found that Trump received 8 percent of votes cast by African Americans, with 89 percent of them choosing Democrat Hillary Clinton. Opinion polls in the subsequent two-and-a-half years have found that he remains highly unpopular among Blacks. Moreover, a July Quinnipiac University Poll showed that a majority (51 percent) of voters believed that Trump is a racist.

Cheadle told PBS he is now more critical of the 2016 moment when Trump said, “Look at my African American over here” while at a California rally. Cheadle said, “Today I wonder to what extent he said that for political gain or for attention.” At the time, Cheadle told CNN he was not offended by Trump’s comment. Cheadle is a 62-year-old real estate broker, according to PBS, and said he is running for Congress as an independent in 2020.

The outlet reports he has in the past mounted four unsuccessful bids for Congress. He told PBS his Republican friends “were sidestepping the people of color issue and saying that, ‘No, it’s not racist.'

They were saying these people were socialists and communists ... and I thought this is a classic case of Whites not seeing racism because they want to put blinders on and make it about something else.”

Cheadle added, “We just haven't had people called the names publicly that we have had with this administration. To stay on this ship now, as a Black Republican, I couldn’t do it.”