Black parade rolls on in Harlem after 50 years 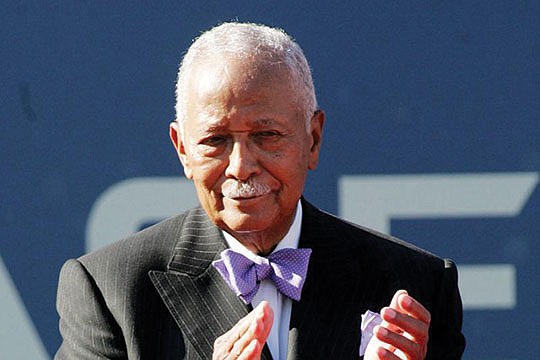 In the aftermath of Martin Luther King Jr.’s assassination in 1968, and the riots that ensued across the country, 13 community leaders in New York City met in Harlem to discuss how best to heal the wounds of African American communities and project the strength and resilience of African Americans.

Out of that meeting was born the African American Day Parade, and a year later, on Sept. 21, 1969, the first parade was held, reports NBC News. Fifty years later, the parade, which is held in September and runs along Harlem’s Adam Clayton Powell Jr. Boulevard, continues to express a sense of unity, pride and progress.

The theme of this year’s recent parade was “Integrity and Transparency = Good Government,” an attempt to showcase the wealth of Black political aristocracy and civil service gentry. Grand marshals included David N. Dinkins, New York’s first Black mayor, and former Rep. Charles B. Rangel. The grand marshals for the first edition were Rep. Adam Clayton Powell Jr., for which the boulevard is named, and Rep. Shirley Chisholm, the first Black woman elected to Congress.

“It’s important this parade stays in Harlem,” Hasan said. “This is one of those institutions that highlights the dignity and accomplishments of our community. We draw the line right here, right now, with the parade. It means we are still here and we are still viable.”