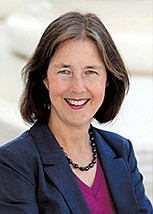 A new bill could help reduce the number of children being suspended for alleged “disorderly behavior.”

Senate Bill 419, introduced by State Sen. Nancy Skinner (D-Berkeley), would place more stringent guidelines when considering suspension for disorderly behavior from Kindergarten through middle school. The bill would augment a previous law that prohibits the so-called “willful defiance” suspensions for students up to the third grade.

According to a senate floor analysis of the bill, the new legislation would require school districts “to provide alternatives to suspension or expulsion, using a research-based framework with strategies that improve behavioral and academic outcomes, that are age appropriate and designed to address and correct the pupil’s specific misbehavior.”

According to the news outlet “The Bee,” since the ban went into effect in 2015, there have been fewer school suspensions of disorderly behavior. The Bee also reported that students of color are unequally suspended for disorderly behavior in California schools. The new bill would also focus more on racial disparities in school discipline.

It has been reported that African-American students compose only 5.6 percent of the total enrollment for the school district’s 2017-18 academic year, but the total count of suspensions for these students was 15.6 percent, based on an assessment from the California Department of Education.

David Turner, representing the education advocacy group “Brothers Sons Selves Coalition of the Alliance for Boys and Men of Color,” called the bill a move toward “racial equity.”

“These particular kinds of suspensions are being used to harm young people and especially Black people in particular,” Turner told the Bee.

He also mentioned that the number of suspensions went down, and graduations went up, after his group was able to get the Los Angeles Unified School District (LAUSD) on board to prohibit those types of “willful defiance”suspensions.

“I’ve learned that our schools are designed to give us the very outcomes they were designed for,” Rubalcaba said. “If we set up systems that are punitive and reactionary, we’re going to get negative outcomes. We can’t continue to do things the same way because we’re