Trump Effect: Is administration a present danger to Black psyche? 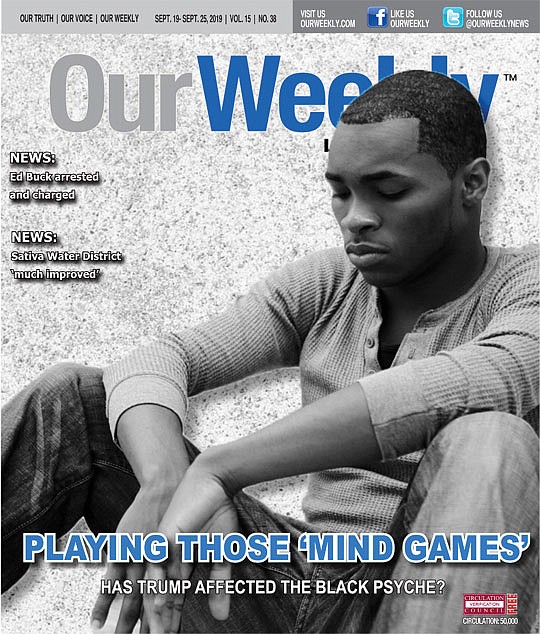 “Today, more than 150 years after the end of the Civil War, America is again divided, by geography, party, ideology, economics and race.”

The debate over the merits of Donald John Trump’s presidency continue with no sign of closure in sight. The constituency that elected him has remained steadfast in its support, as the marginalized and ethnically diverse who oppose him, stay at odds with his policies and (in their view) offensive rhetoric.

Vast segments of the psychiatric community, including the editorial staff of Psychology Today, and the eminent Yale psychiatrist Bandy Lee, have expounded on the potential harm of the Chief Executive’s mental fitness, on our collective psyche. That said, we have reached out to a cross section of (non-White) mental health clinicians to get their take on the man in the Oval Office and his impact on people of color in these United States.

A rudderless community in the wake of a storm

“Radical” is the word conjured up by Dr. Sandra Cox, the head of Los Angeles’ Coalition of Mental Health Professionals, when confronted with the name Donald Trump. For decades a custodian and shepherd to the needs of the South L.A. community, Cox now serves a largely Black and Hispanic clientele. The specter of fear cast by the man in charge is apparent to both demographics.

Immigrants with little or no command of the English language (who, in turn, are likely to have questionable legal status regarding their residency in this country), are reluctant to openly express an opinion about the man or his policies. Those with more legitimate, stable footing, feel slightly freer to talk about the relative merits of the current administration. Native-born Blacks demonstrate an erosion in self esteem as well.

“In my opinion, the state of the African American consciousness is lower now than it has been in the last fifty years,” she said. “My greatest fear is the impact of racism has increased exponentially. That has led to self-hatred and denial of one’s African roots.”

As a seasoned activist who was nurtured in the progressive advocacy of the mid-20th century, Cox regrets the loss of commitment and idealism of subsequent generations.

“Some of these brothers have got their heads in the sand, and they have no idea on the impact this is having on their lives and their children...” she declared.

Being forced to ‘man up’

Stoicism is defined as the endurance of pain or hardship without the display of feelings and without complaint.

“The stigma of ‘looking crazy’ and ‘acting dramatic’ is a profound one. In many ways, the Black population is told that this is not something that ‘we’ do. We don’t have the luxury to ‘revel’ in our emotions.”

—By Britt Julious from “I am not OK: Stoicism, mental health, and the Black community,” from WBEZ Blogs, Chicago Public Media, Inc., March 15, 2013.

“Simple” is the word conjured up in Alisha Woodall’s mind when the name Donald Trump comes up. By this she means the comparative lack of “polish” Trump has compared to others in the political arena. Within six months of the Trump election, therapist Woodall, who maintains a private practice in a suburb of Houston, Texas, noticed a new, previously underrepresented demographic seeking her services: Black men. What makes this unique is the fact that this group generally refrains from utilizing psychiatric treatment because of cultural stigma within the Black community, and the masculine resistance (found in all ethnicities) to open up about emotional issues.