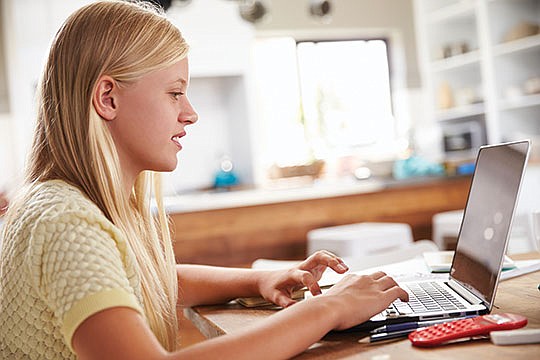 Six high school students in Santa Clarita have been arrested for allegedly making threats on social media regarding potential acts of school violence.

The juveniles were taken into custody after the threats were discovered on Sept. 11 by William S. Hart Union School District staff on social media, according to the Los Angeles County Sheriff’s Department. Their names were withheld, as was their school affiliation.

“Our detectives and school resource officers are spending a lot of manpower researching, identifying and interviewing the subjects, because how do we know that we are not dealing with the next active shooter?" Sheriff’s Sgt. Brian Shreves of the Santa Clarita Valley Station told SCVnews.com.

“We don’t know, so when kids make thoughtless comments to one another either verbally or through text messages, we take it very seriously," Shreves said.

Shreves said parents need to talk to their children about social media and make sure they know “any kind of threat they put out there is not a joke."

“Oftentimes in these situations we hear from the suspect that the alleged threat was just a joke," Shreves said. “There is nothing funny about threatening violence, and the consequences they face, including jail time, restitution and a criminal record, are all very serious."