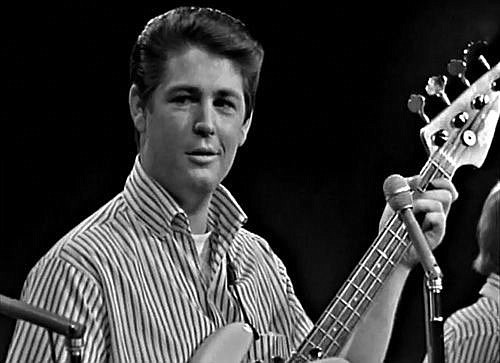 UCLA announced this week a new scholarship named for Brian Wilson, the co-founder of the Beach Boys.

According to a statement released by the university, the two-year award “will be presented every other year to a junior in the UCLA Herb Alpert School of Music whose career aspirations include any combination of composing, arranging and producing popular music.’’

The scholarship was funded by a gift of $100,000 from David Leaf, a UCLA adjunct professor in musicology, writer and filmmaker. The music school has launched an online crowdfunding campaign with a goal of raising another $100,000 to match Leaf’s initial gift.

“I’m honored by David Leaf’s generosity in creating this scholarship in my name and feel very proud,’’ Wilson said in a statement released by UCLA. “I hope that the UCLA students who it supports will help lead the next wave of great musicians.’’

Leaf’s friendship with Wilson dates back to 1976, when they met during a pickup basketball game at a Los Angeles YMCA. Leaf’s book, “The Beach Boys and the California Myth,’’ was published two years later. He also collaborated with the songwriter on the 2004 documentary “Beautiful Dreamer: Brian Wilson and the Story of ‘Smile,’’’ about the making of Wilson’s decades-in-the-works album.

“I was looking for a way to meaningfully honor Brian’s legacy in a way that was different from anything I’d done before, whether it was a book, a movie, liner notes or produce box sets,’’ Leaf said. “If you look at the 1960s, I would argue that he was one of the most, if not the most, influential, important and accomplished composers, arrangers and producers in contemporary music. This just struck me as the right thing to do.’’

The inaugural scholarship recipient is David Ghesser, a music composition major from Los Angeles, who’s on track to graduate in 2021.

“I’ve really loved Brian’s music for a long time—he’s one of my musical inspirations,’’ Ghesser said. “He’s an incredible genius in how he writes melodies and produces his songs. When I was told that I was going to be the first recipient of the Brian Wilson scholarship, I was honored to have my name associated with his.’’