Beyoncé’s ‘Black is King,’ showcases new and diverse talent for the global stage

Companion to ‘Lion King: The Gift’ 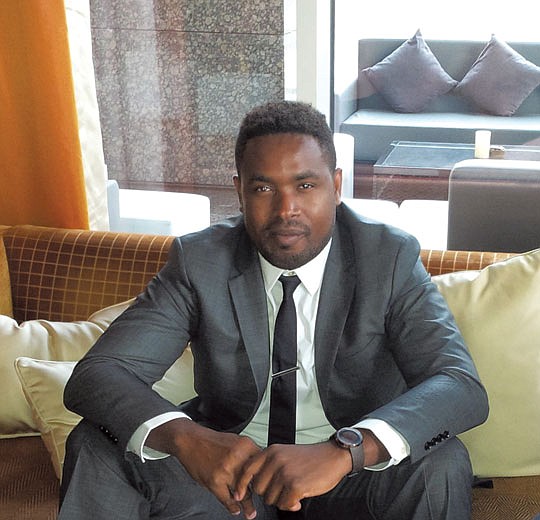 Those of us lucky enough to subscribe to Disney Plus (Disney+ https://www.disneyplus.com/ ) were treated to the latest installment in the canon of entertainment superstar Beyoncé Knowles. Dubbed a “visual album,” the inordinately talented diva wrote, produced, and directed “Black is King,” as a companion piece to her 2019 soundtrack album “The Lion King: The Gift,” which in turn is a remake of the blockbuster 1994 feature animated “The Lion King.”

This latest offering also serves as a platform for breakout performer Folajomi “FJ” Akinmurele. Just seven years old, FJ radiates extraordinary charisma in his portrayal of youthful heir Simba, the centerpiece of the “Lion King” saga, as he embarks upon his passage of personal growth.

Using minimal dialog, “Black is King,” relies on breathtaking visuals in what Beyoncé calls “…a love letter to Africa.” Indeed, the 85-minute narrative may be considered an international expansion of her 2016 concept “Lemonade,” touching on issues of Black feminism, colorism, colonialism, and self identity.

Key contributors include director Samuel Bazawule, aka Blitz the Ambassador, a Ghanaian jack-of-all-trades currently based in Brooklyn. He confirms FJ’s dominance on the set as well. In a recent email to FJ’s behind-the-scene management, he exhorted the newcomer’s cinematic allure and magnetism.

“Hope you are feeling as proud as we are about FJ’s brilliant performance,” he said.

Blitz’ previous creative offerings include the hip-hop albums “Soul Rebel” (2004) and “Double Consciousness” (2005), and the 2018 major motion picture “The Burial of Kojo.”

A driving force behind all these creative talents is the entity representing them, Santa Monica-based Afri Talent Management (https://afritalentagency.com/). A bi-coastal firm in business for a year and a half, it is headed by native Nigerian and UC Riverside grad Sam Okhade. Okhade is a seasoned veteran in the worlds of finance and entertainment globally, citing past associations with industry bigwigs like Canadian Pop/R&B singer Robin Thicke. During the course of his professional experience, he was struck by the lack of diversity nationally and aboard, and launched Afritalent towards resolving that deficiency.

Among the performers featured in “Black is King” and represented by Afritalent are French-Senegalese dancer and martial arts practitioner Sadyr Diouf (Birds of Prey), along with newcomers drummer and model Thiane Diouf, dancer and model Clinton Nwogu, and musician Andrew Marcus Zerning.

Afritalent is part of an association of talent agencies striving to expand the choices available to the international audience, and make entertainment a truly inclusive experience. As Okhade noted in a phone interview with Our Weekly, he believes global viewers are tired of the same old choices, and it is time for new and varied selections for adventurous palettes.

“We’re trying to make the industry work for everyone,” Okhade said.