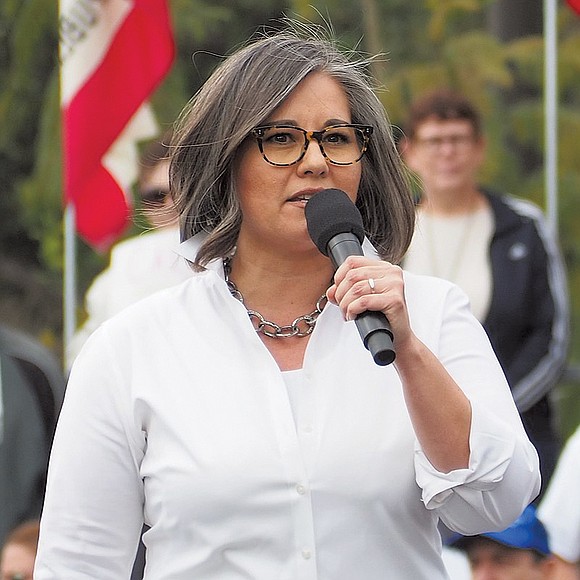 Los Angeles Councilwoman Monica Rodriguez has introduced a resolution asking the City Council to support Proposition 16, a statewide ballot measure for the November general election that could reinstate affirmative action.

If it passes, the new measure would repeal the 1996 voter-approved Proposition 209 and restore the ability for government, contracting and education systems to consider race and gender in hiring and admissions decisions.

“As we navigate the COVID-19 crisis and get people back to work, we have an opportunity to rebuild a more equitable and sustainable economy,’’ Rodriguez said “We must strike down the ills of Proposition 209—a racist and divisive policy that delivered on its promise to hold communities of color back.’’

Rodriguez said the repeal would help build a stronger middle class and create greater access for women and people of color to compete for business and academic opportunities.

Women contribute trillions of dollars to the U.S. economy, Rodriguez said, but economic policies have rarely been designed with them in mind.

Rodriguez said small businesses owned by women and people of color lose an estimated $1.1 billion each year because of the ban on affirmative action in public contracting, according to a 2015 study commissioned by the Equal Justice Society.

Female workers have historically been heavily concentrated in low-wage and undervalued industries, as evidenced by the staggering income and wealth gaps that women, especially women of color, face in America, the councilwoman said.

Rodriguez said the passage of Proposition 16 would help end wage discrimination against women, who still make about 80 cents on the dollar compared to white men, and Latinas, who make just 54 cents.

It would also mean more women would be able to achieve leadership positions in business or create businesses themselves, the councilwoman said.

“Proposition 16 would permit the nation’s second-largest city, which has long had a population that is majority people of color, to move boldly forward in its work to achieve equity and fairness for all residents,’’ said Thomas Saenz, the president and general counsel for the Mexican American Legal Defense and Educational Fund and the Yes on Proposition 16 campaign co-chair.

“While Los Angeles has already been an innovative leader in these efforts, the ability under Proposition 16 to take additional steps to root out gender and racial biases in public education, employment and contracting would dramatically improve our chances of swiftly achieving equal opportunity for all,’’ he added.

The resolution will return to the full City