Jail diversion may finally have moment of attention 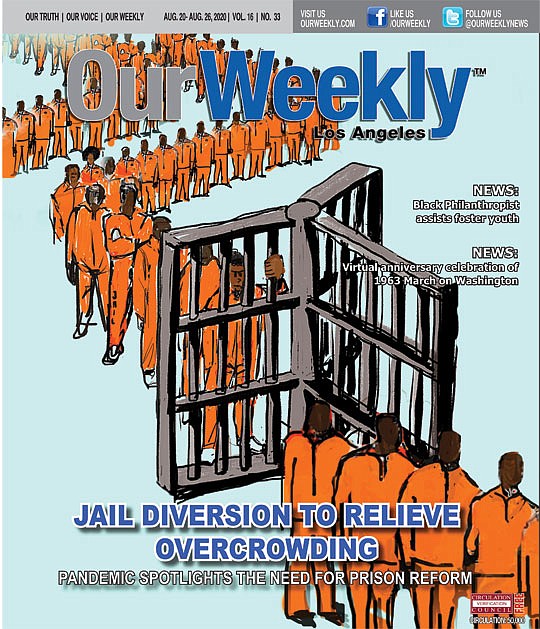 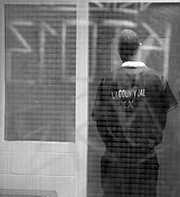 Jail diversion, or some form of it, is probably as old as the justice system itself. It encompasses a variety of programs that implement strategies seeking to avoid the formal processing of an offender by the criminal justice system.

Since last spring, the issue has resurfaced in a large way because of the COVID-19 pandemic. Nationwide, difficult decisions have been made in order to prevent the spread of the deadly virus into jails and prisons. By the summer, the subject of mass incarceration and COVID-19 spread would include demands for law enforcement reform resulting from the murder of George Floyd at the hands of Minneapolis, Minn. police.

With the pandemic raging practically unabated, California prison officials announced in July that an estimated 8,000 incarcerated persons will be eligible for early release by the end of this month in order to stem the rate of infections. Multiple prisons in California have become COVID-19 hotspots. According to the Department of Corrections and Rehabilitation, just over 3,000 incarcerated people have tested positive for the virus and, at press time, a reported 53 persons have died.

“We have an unprecedented moment in time to actually augment the work of prison reform and the reduction of already overcrowded conditions that have persisted,” said Joe Paul, managing director of the Los Angeles Regional Reentry and director of Political and Civic Affairs at City of Refuge Church in Los Angeles. Paul further suggested that decision makers in California’s criminal justice system should “assess the state’s prison population” to better identify risk and/or elderly inmates that could successfully do the minimum required time for their conviction and receive “adequate rehabilitative support while incarcerated.”

One critical aspect, however, of jail diversion are the nonviolent drug offenses, often committed by mentally ill persons. Because of the large number of drug offenders taken into the criminal justice system, jurisdictions have relied on drug courts as a form of diversion. These courts provide nonviolent substance abusing adults with the sanctions and services believed necessary to change their behavior and avoid long-term incarceration.

There are two types of jail diversion. “Informal diversion” usually occurs when an official in the justice system decides—by way of appropriate discretion—that a case would be better kept out of the justice system. These decisions happen every day. Sometimes a police officer will divert a suspect when the offense is considered minor (e.g. a traffic violation) and the person is calm and deferential to the officer.

In more formal situations, however, there is typically a program that the accused must complete as a condition of diversion. The offender is offered some form of treatment or voluntary sanction that, once completed, justifies the closing of the original case. Jail diversion programs typically have a very simple aim: To allow the offender to avoid confinement while awaiting trial.

Diversion can also occur after formal admittance to the criminal justice system, even after conviction. For most felonies, the judge imposes a term of incarceration, but many offenders will not serve the full term. Instead, they will likely be considered for a form of diversion, either probation or, in the case of nonviolent crimes, restitution or community service. It is hoped that diversion will allow offenders to establish a normal lifestyle, without the burden of a criminal record, and remain in the community. In many cases, treatment or counseling is far less expensive for the offender than formal criminal justice processing.

On the surface, it sounds like a benevolent plan to keep an individual on the “straight and narrow” and allow them to progress in life. It doesn’t always work that way, particularly for those suffering from a myriad of mental health issues ranging from schizophrenia, bipolar disorder or PTSD (post traumatic stress disorder.)

The many adventures of ‘J.T.’

Such is the case of “J.T.” (who wished to remain anonymous). He has been in and out of the custody of the Los Angeles County Sheriff’s Department for about a decade. His “home” is typically under an overpass at the 105 Freeway near Imperial Highway and Compton Avenue in South Los Angeles.

J.T. said he has been arrested more than a dozen times for vagrancy, public drinking, shoplifting, panhandling, public urination/defecation, loitering, sleeping on a bus bench, etc. On several occasions he has been referred to a mental health resource facility, but nothing appears to have come from it.

J.T., by his own admission, “needs help.” He’s known that for about 20 years. In his dealings with law enforcement, sometimes it has worked to his advantage such as the time when, on a stormy, bitterly cold night, he spotted an LAPD cruiser stopped at a light and deliberately dropped his trousers and “mooned” them, then fondled himself in front of the officers.

“That way I knew I could get out of the cold and get something to eat that night,” he said. They obliged him and a few hours later he returned to what he described as his “second home” at Men’s Central Jail in Downtown LA. Because the same officers usually patrol the same area night after night, J.T. said he was careful to spot a pair of patrolmen new to the beat.

“That won’t work with the regular guys,” he admitted. “They know the game and will laugh and keep going. But this time it must’ve been some new kids and they took me down.”

What to do for the thousands of “J.T.s” wandering aimlessly around town and beyond? The aforementioned police encounter didn’t result in any use of force by officers. But there have been frequent encounters that have turned deadly for mentally ill persons in South Los Angeles. Can an effective jail diversion program provide any hope for he and others to live a normal life?

The Los Angeles County Board of Supervisors believes that a unique program, the Public Defender’s Law Enforcement Accountability Unit (LEAU), can make headway in addressing not only mentally ill homeless persons and those seemingly hopelessly addicted to drugs and alcohol, but to dramatically expand County investments that promote community well-being and to reduce the harm caused by an over-reliance on  on law enforcement and incarceration.

Action by LA County Board of Supervisors

“The epidemic of police shootings of unarmed individuals is an unrelenting outrage that has rightfully provoked a much larger conversation around the twin objectives of promoting public safety and investing in community well-being,” said Supervisor Mark Ridley-Thomas. He’s referring to a package of motions he and his colleagues have debated this summer best described as a “reflection of our values.” They foresee better outcomes for all involved and, it is hoped, “healthier, more resilient communities.”

The Board wants to expand the LEAU’s budget to provide resources to scale up staffing and expertise for the unit. As an accountability unit within the Public Defender’s office, LEAU will allow for the better identification and aggregation of information on law enforcement officers who have abused their authority or engaged in unconstitutional behavior.

The unit would not just hold law enforcement personnel accountable, but will also promote fairness within the County’s justice system by helping to ensure that incidents of law enforcement (and judicial) misconduct are documented and eventually exposed during criminal proceedings. Examination of any incidents of “prosecutorial misconduct” would likely focus on the pattern of excessive bail, unfair plea agreements and, once released from jail, increasingly steep fines/penalties which disproportionately affect impoverished persons of color for years on end after release.

“As public defenders, our calling is to hold the system accountable through zealous representation of the indigent accused,” said Los Angeles County Public Defender Ricardo Garcia. “The LEAU, properly scaled, could be one of the most powerful, cost-effective, and direct means to ensure law enforcement accountability. It’s an opportunity to increase accountability and to promote fairness within our justice system.”

Punishing the least able among us

For decades, justice reform advocates have found that people who come in contact with the criminal justice system are disproportionately low-income, yet are often charged fines and administrative fees that can add up to thousands of dollars. Those who cannot afford to pay are often punished with incarceration, despite the fact that the United States Supreme Court has ruled debtors’ prisons are unconstitutional.

In the United States, people incarcerated are reportedly five times more likely than the general  population to have a serious mental illness. According to research conducted by the Prison Policy Initiative, a reported 68 percent of the nation’s jail population meets medical standards for having a diagnosable substance abuse disorder. However, the majority of them do not receive appropriate treatment. The best solution, they attest, is to invest in programs that divert people with mental illness and substance use disorder out of jail and into appropriate treatment in their communities. Such measures could help to determine how many people with mental illness and substance abuse disorder  are incarcerated in the county, and whether the county has taken steps to reduce this number.

The Stepping Up Initiative, a nationwide campaign led by the National Alliance on Mental Illness, Council of State Governments Justice Center, National Association of Counties, and the American Psychiatric Foundation, has reported that at least 2 million mentally ill persons are jailed each year.  Locally, roughly one-third of inmates at Men’s Central Jail suffer from some form of mental illness.