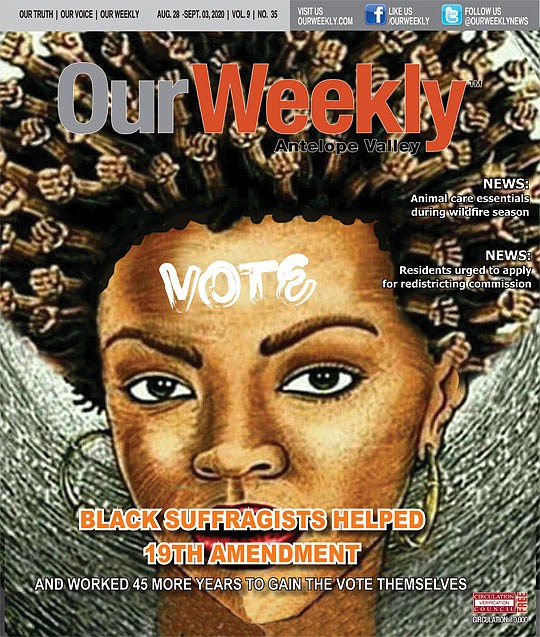 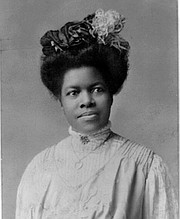 During this week’s celebrations of the passage of constitutional amendment 19, which secured women’s right to vote 100 years ago, the name of Susan B. Anthony will come up again and again as the suffragist at the center of the movement, a movement that segregated women of color in their marches and meetings.

In reality, Maria W. Stewart, a Black woman, gave one of the first public speeches about women’s rights. And we cannot forget the “Ain’t I a Woman” speech by Sojourner Truth that rocked the 1851 Women’s Rights Convention in Akron, Ohio. Even though many Black women were shut out of the suffrage movement, they understood that it would take systemic change in one area—women’s rights—to force change in another—civil rights.

Frederick Douglass put it succinctly at the 1848 Seneca Falls convention, by supporting a resolution demanding votes for women. As the only Black person in attendance, he argued that the principles behind women’s empowerment and the principles behind anti-slavery supported one another, saying “all good causes are mutually helpful.”

African-Americans saw the women’s vote as part of a broader range of social, economic and political issues surrounding our community, according to a YouTube video “19th Amendment: Celebrate its Passage. Fight for its Promise,” posted by the New Georgia Project.

Black women like Sojourner Truth, Mary McLeod Bethune, Ida B. Wells, Mary Church Terrell and all of the founding members of the then recently organized Delta Sigma Theta Sorority fought two battles—one for their gender and another for their race within that gender. During the time period of the ratification of the 19th amendment, Black women remained disenfranchised.

Educator and feminist leader Nannie Helen Burroughs, in a response to a White suffragist asking “What would Black women do with the ballot?” replied “What can she do without it?”

Burroughs supported the suffrage movement and saw the vote as essential for Black women’s freedom from racial and sex discrimination.

“When we all vote, we get new ideas and new energy… That’s how we change America.”

Although White women won the vote in 1920, it took years for Black women to win the right to vote alongside their Black men, with the passage of the Voting Rights Act of 1965.

According to a new book “Finish the Fight!: The Brave and Revolutionary Women Who Fought for the Right to Vote,” there were a number of diverse women who fought for suffrage, but were less recognized for their work.

“I feel like the history I grew up in, it was really told through the lens of what happened to people of color as opposed to what we actually did in the world,” said Veronica Chambers, who wrote the book with five other fellow New York Times journalists.

“I think we just have to keep remembering that our vote is so powerful,” Chambers said. “That’s why they tried to keep it from us and that’s why they’re still trying to keep it from us. I think it’s really, really easy to forget… but this is the year to remember. If there was ever a time to think what can you do? Look at the people on the ballot and know that your voice is the choice.”

“Women are highly motivated to raise their voices to advance shared personal and economic interests in 2020 and overwhelmingly call on policymakers to enact solutions that address their priorities.”

“We have the opportunity in California to reverse Proposition 209, which has had a disproportionate impact on women,” said State Sen. Holly Mitchell, referencing the 1996 California amendment prohibiting affirmative action. “We need to restore voting rights for parolees. We have the opportunity to at least study the concept of reparations. We must acknowledge, in concert, that this country was built on our backs. That’s what we must do, in one word VOTE.”

Mitchell, who is the California Commission on the Status of Women and Girls (CCSWG) commissioner, was speaking on a panel during a “Black Women’s Equal Pay Day” zoom conference hosted by First Partner Jennifer Newsom and CCSWG recently. Black Women’s Equal Pay Day is the day that marks how long Black women have to work in 2020 to catch up to what White, non-Hispanic men were typically paid in 2019.

“We also have to make sure that Black votes are not disenfranchised,” Mitchell added. “It’s the consistency of the Black woman’s vote that guides the party nationally. The democrats must know that. We must start stepping up to the plate to make sure everyone has access.

“This year marks the 55th anniversary of the Voting Rights Act, when Black women got the right to vote. We must make sure our vote is not taken for granted by any candidates or either political party.”

Mitchell said that she is disappointed when her colleagues in government profess to be an “ally” to the cause of women’s rights.

“It’s about action,” she said. “Ally is a passive word, being an accomplice means something.”

“I should answer unhesitatingly, it is a magnificent work our women are doing to regenerate and uplift the race.”

—Mary Church Terrell in a 1904 writing

The New Georgia Project video is narrated by the 26th National President of Delta Sigma Theta Sorority, Inc., Beverly E. Smith; Nsé Ufot, CEO of The New Georgia Project; and Dee Dawkins-Haigler, formally of the Georgia House of Representatives. They eloquently set the record straight and highlight many of the Black women who truly fought so that all women had the right to vote—regardless of their race.

“As we commemorate the ratification of the 19th amendment, we know that we have to continue to fight for its full promise,” stated Ufot. “We all lose when we whitewash the history of the fight for Black women’s right to vote and ignore the role that these women played in the history of our democracy.

“As we work to restore faith in our elections and to thwart attacks on institutions like the census and the post office, there are lessons to be learned about strategy and fortitude in this history. In our history. American history.,” Ufot continued.

“Women Inspire: California Women Changing Our World” is a new long-term installation at Sacramento's California Museum which showcases California women whose achievements have helped create a more equitable society. A second project, “Fight for the Right: 100 Years of Women Voting,” is a new,. temporary exhibit celebrating the 19th Amendment’s centennial through a display of more than 70 artifacts from the 1870s to the present, including original campaign memorabilia, historic documents, suffragist apparel, voting ephemera and more.

“As a member of the national Women’s Suffrage Centennial Commission, it has been my honor to work with the California Museum to develop these new exhibits that celebrate and uplift women’s stories,” said Newsom. “On the 100th anniversary of women receiving the right to vote, there is much to celebrate, and still so much more work to be done to fully achieve women’s equality. It is my hope that ...these new exhibits will inspire the next generation of young women to take up the mantle for equality and exercise their most important power – their right to vote.”

The Museum’s two new exhibits showcase the past, present and future of California women and were created in collaboration with Newsom.

Selections from the two new exhibits will be available to view online at https://www.californiamuseum.org/womens-vote-100-online. during the Museum’s temporary closure through its partnership with Google Arts and Culture.

The women’s suffrage campaign persevered for more than 70 years. Tennessee became the 36th and final state to ratify the 19th Amendment on August 18, 1920, and the amendment’s adoption was certified on August 26, 1920, the culmination of a decades-long struggle for women’s equality at the ballot box. Black women were a part of that fight.

“Throughout the history of this nation, Black women have been at the forefront of moving us toward a more representative and unified society,” the NAACP said in a recent statement. “For far too long, we have undervalued Black women’s political power and their role in shaping our culture, communities, and country. From the voting booth to grassroots movements, Black women have fought for and uplifted this country with their vote and voice.”

“Their representation in the highest levels of government has never matched their unwavering participation in our democracy. This year’s election gives us the opportunity to shatter one of the highest remaining glass ceilings – but we cannot make it happen unless we vote.”

“Last week’s selection of Sen. Kamala Harris as a vice-presidential candidate on a major party ticket is the culmination of the tireless work of Shirley Chisolm, Charlene Mitchell, Sojourner Truth, Rosa Parks, Fannie Lou Hamer, Barbara Jordan, Ida B. Wells, Myrlie Evers, and countless others in their fight for representation and equality,” NAACP President and CEO Derrick Johnson said following the announcement by Joe Biden about his running mate.

“Their sacrifices, told and untold, made it possible for Sen. Harris to make political history this year. Regardless of party affiliation, every American should be proud that this milestone was finally reached.”