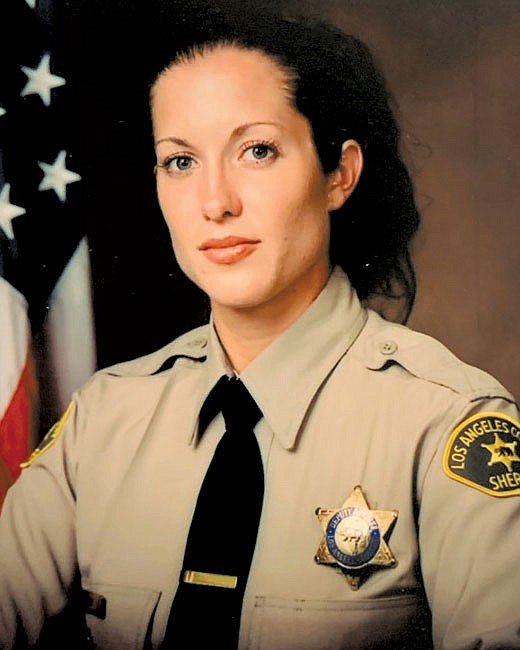 A memorial service was being planned this week for a 41-year-old off-duty female sheriff’s detective who was fatally struck by a vehicle in Valley Village while trying to help an older woman across the street, the Los Angeles County sheriff said. Leist was transported to a hospital, where she was pronounced dead, the LAPD said.

The crash that took the life of Deputy Amber Leist occurred about 11:05 a.m. Jan. 12 at the intersection of Whitsett Avenue and Riverside Drive, according to Los Angeles police and the sheriff’s department.

Leist was a 12-year-veteran of the department, Sheriff Alex Villanueva said, and was once assigned to the Lancaster station.

“Deputy Leist leaves behind her parents and two sons, one 20-years-old and the second, 17-years-old,’’ Villanueva said at a news conference at West Hollywood station on Sunday evening.

“The 20-year-old son is on active duty with the U.S. Navy and we were able to reach him,’’ Villanueva said.

“It’s been a tough day for our department and for West Hollywood station, where she was assigned,’’ the sheriff continued.

Villanueva said that personnel at West Hollywood station were replaced early this week by personnel from other locations so that the West Hollywood personnel had a chance to grieve their loss. The department also assigned a psychologist to the station, he added.

She was struck while “assisting a civilian,’’ the sheriff said. He described that civilian as an elderly person who had fallen down while crossing a street.

The driver who hit the deputy stayed at the scene to render help, the LAPD said.

Leist was off-duty when she was struck, but Villanueva said the incident would be treated as an on-duty occurrence.