Rejuvenation is essential during the pandemic 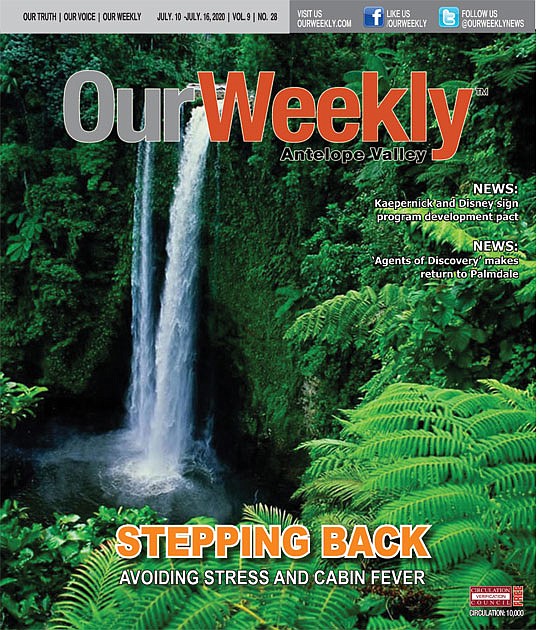 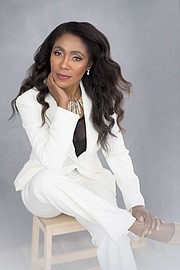 A swarm of locusts and a dust storm in Africa; protests against racism worldwide; and a pandemic that isn’t finished with us yet. What could be next?

“It all makes you step back and say ‘O.K.’” said former ER doctor, now medical director for the Oasis Wellness and Rejuvenation Center in Florida, Dr. Eudene Harry. And she stresses the importance of stepping back. “Because we’re all under it. Sometimes it can seem so completely overwhelming.”

Although stepping back is not always easy and we want to keep informed about what’s going on, it’s important to take stock of yourself frequently, Harry said, to prevent the long-term effects of traumatizing our nervous system, becoming stressed, suffering high blood pressure and possible stroke.

“We’ve watched one too many news stories, engaged in one too many media events,” she said. “I do believe there are small steps we can take. Find time in your day or week, whatever time schedule works for you - where you disengage. Give your nervous system a chance to recover from it. Because if you’re constantly engaging in that stress and distress system, you will be overcome. Ultimately we burn out.”

“The analogy I like to use is that your brakes go out,” Harry said. “If you have a car, you know your brakes go out much sooner than the accelerator. You have to give your body a chance to do that. To break. That’s what disengaging does.”

Harry suggests one quick way to disengage from the “stuff” going on around us is to engage with nature.

“You and I don’t need to go to Turks and Caicos (islands) to do this,” Harry said. “We can find something in and around our area. “Exposure to nature really does help us. Just 10 or 15 minutes in nature on a daily basis would be great, ideally. Some people might call it grounding. Going out and eating lunch under a tree. Going to a park and just staring out at the beauty. Taking a walk, seeing the greenery.

“Some studies suggest even engaging with a visual of nature - a huge painting - can give us that relief,” she said.

To fight those feelings of helplessness, Harry suggests focusing on simple things.

“You can still wash your hands, wear a mask and social distance,” Harry said. “You can still disengage and take your deep breaths, yes you can. An easy thing to do is look around you at people you admire who are helping. Then you can engage with them. That can be as simple as sending them a thank you note, making a donation, volunteering, protesting. You’ll feel less helpless.”

Harry said that it’s most important to take care of yourself as much as you can and get enough sleep so you don’t compromise your immune system. Eating well is something people can control and feel less helpless.

“Staying up and watching the news until midnight is not conducive,” she said. “It will still be there in the morning.”

Most of all, Harry reminds readers that none of us has been through this particular circumstance before. This is unfamiliar territory for all of us.

“Be kind and patient with yourself,” she said. “We’re very hard on ourselves. We’re all learning together. Focus on things you have done well: You’ve adjusted to home and homeschooling and you’ve made all of these changes, so acknowledge that.”

“A big one for me is if you need help, reach out for help—this is new,” Harry said. “You shouldn’t know how to do this. It’s like starting medical school on day one and expecting to know how to suture.”

“Asking for help is not a sign of weakness, but a sign of your humanity,” Harry said. “I encourage people to reach out. Folks can get stuck in that negative loop of fear and are not able to think clearly.”

Harry said there is a chance of increased risk of hypertension during stressful times and referenced a study looking at people who had to be more vigilant.

“You get concerned and you get really vigilant,” Harry said. “This increases high blood pressure. The more concerned or impacted about racism...being concerned about your safety in any way increases your stress level.”

“Oftentimes we feel that we’re handling it well, but people around us who know us start recognizing the differences,” Harry said. “They see you’re a little more anxious, more depressed, more isolated.”

Harry said stress can show itself in little nervous tics, small spasms that should not be ignored, or soreness in neck muscles.

Human beings are social creatures, Harry explained, and do not need to step back alone. She recommends gathering in groups, even via the internet, to support each other. That’s what the Campus Ministry department had in mind when they began “Sharing of the Heart” sessions at St. Mary’s Academy (SMA), located in Inglewood.

As the director and associate director of campus ministry at the Catholic high school for young women, Alejandra Angel and Jared Anderson-Minor encourage students, faculty, staff and alumni to virtually chat and reflect upon the following questions in each session:

“We are teaching our students to adapt to the uncertainties of today,” said SMA Principal Mary Rose Batunbacal in a recent letter to SMA families. “During this period of crisis, it is our responsibility as educators to respond to the needs of the times.”

Angel and Anderson-Minor facilitate the talks. They are pleased that some of the students asked that the department “amplify their voices,” so students have been trained to act as facilitators, too.

“From a pastoral perspective, I think what I love about it is that it’s not limited to any one tradition,” Anderson-Minor said.” We have a significant population of non-Catholic students. Whatever your background, you can answer these questions and be able to do that within the context of community.”

Separate sessions are held for students, faculty, staff and alumni on separate days. The program is inspired by a practice originated by the Sisters of St. Joseph of Carondelet, the school’s founders, who have a long history of fighting for social justice and equality.

“This was our opportunity to create a community virtually,” Angel said.

“When it became apparent that the school was going with distance learning, we wanted to care for the spiritual well-being of our community,” Anderson-Minor said. “Alejandra has a background with the Sisters of St. Joseph. Since their foundation they’ve been doing it and so we worked at making it applicable for our community today.”

The alumni have talks twice a month and sessions are held for students, faculty and staff every week. More than 50 students were on the line following the death of George Floyd.

“Because we had this process already established, once these issues started to bubble up, with the service we could talk this out in a way unique to SMA,” Anderson-Minor said. “The girls already see each other as sisters. Adding another layer to that is significant. We have to figure out ways to be together while we’re apart.”

Both ministry leaders feel “Sharing of the Heart” sessions have become the highlight of the week for everyone involved. Sessions would have naturally happened during class times in the school community if it were not for the pandemic.

“It functions as a check-in with those groups,” Angel said. “And it’s deceptively simple.”

In addition to sharing, participants have been drafting a “living” document -- a call to action which will be reviewed during the coming school year and updated annually.

“That’s another piece that’s rooted in what sisters of St. Joseph already do,” Angel said. “They set priorities for the future, so we applied that to our own community. How can we be proactive about issues of equity in our school? As faculty,can we be about what we say we’re about?”

Student call to action items include using language that doesn’t discriminate and calling out any actions that are racist. Faculty and staff are learning the history of language that damages people and they are auditing the school’s curriculum accordingly.Alumni have volunteered to become mentors; provided financial assistance; and connected students with people in local government.

“We’re supposed to be a school that forms women of distinction,” Anderson-Minor said. “Each stakeholder group here is tracking its progress to walk the talk.”

“It’s one thing to issue a statement, but the thing we’re most concerned about is the action.”