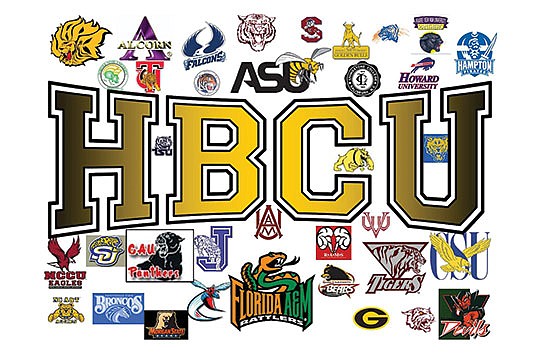 A few generations ago, Historically Black Colleges and Universities (HBCUs) were the most desirable destinations for Black high school athletes to merge their newly-found civic freedoms with the lure and lavish life of professional sports.

HCBUs still serve as institutions for a higher education. The athletic departments—especially those competing in tier-one sports like football, basketball and baseball—find it increasingly difficult to attract “blue chip” prep All-Americans away from more famous and wealthier universities often referred to as “predominantly White institutions (PWI).

Athletic departments can lure students to a university in ways unmatched by any realm of the academic branches. And with those student-athletes come big dollars—something the majority of HBCUs lack. They don’t have many of the amenities and resources found at Division 1 schools like USC, Notre Dame, Duke University, Stanford University or the University of Alabama.

There are a handful of NCAA conferences that cater to HBCUs, and the two have been in conflict over more than athletics. The standard for academics is also driving a divide between the two entities. The NCAA penalizes schools that do not meet its academic standards. HBCUs are more about helping to move a certain population up to those standards in an environment that caters to students who are coming from challenging experiences in high school.

More HBCU athletic programs are beginning to cash in on playing against bigger programs. For the past four years, the NCAA has benefited from a huge television deal with CBS Sports and Turner Sports worth just over $8 billion. About 30 Division 1 schools each bring in at least $100 million annually, and almost all of them have a majority White student body and administration.

No HBCU can come close to bringing in $100 million a year, yet Black athletes have attracted money and attention to the PWI campuses that showcase them. Meanwhile, Black colleges are struggling. For instance, the University of Alabama’s athletic department in the 2017-18 school year generated $174 million, whereas the HBCU that brought in the most money that year was Texas’ Prairie View A&M just under $18 million.

Take away the seemingly insurmountable gap between Harvard’s money chest and the most deserving HBCU athletic department, Black athletes overall have never held as much power and influence as they do today. While NCAA Division 1 rules are beginning to bend somewhat in terms of allowing student-athletes to receive some form of payment, Black athletes are essential to the massive amount of revenue generated by college football and basketball.

Presently, basketball player Makur Maker, a five-star recruit, announced his commitment to Howard University in bypassing legendary programs like UCLA and Kentucky. This was the type of news and publicity ideal for HBCUs. A player of his magnitude committing to an HBCU could mean other highly regarded high school players may consider committing likewise to any number of HBCUs.

But there is still some doubt if Maker’s selection will come to fruition. In February, a special provision was made for the 19-year-old by the NBA despite being two credits short of graduating. In April it was reported that Maker would enter the NBA Draft. His guardian, Ed Smith, explained things to 24/7 Sports:

“We are excited about the opportunity. I think that he is deserving,” said Smith, a long-time mentor in youth athletics. “I think physically where he is, he’s ahead of [his peers]. The knowledge he’s gained and his understanding of the game, the concepts, he’s way ahead of them.”

While Maker has committed to Howard, he has yet to sign a letter of intent (NLI). If he were to sign an NLI it would bind him to Howard. There have been many instances in the past where high-profile players have committed to a school and ultimately signed with another school.

Smith explained that HBCU programs need players that commit to those universities. They should sign and actually play at those schools, therefore generating much-needed revenue that could ultimately take those Black programs to another level in terms of national notoriety and financial benefits.

“Top players going to HBCUs will make more money for the schools and generate interest for not just the school themselves, but for the HBCU nation as a whole,” Smith added.

There was controversy, of course, involving Black players either attending or playing against PWI institutions. This came to a head, of sorts, in September 1970 when USC visited the then all-White University of Alabama. Led by the African-American triumvirate of quarterback Jimmy Jones, and running backs Sam “Bam” Cunningham and Clarence Davis, USC humiliated Bear Bryant’s segregated Crimson Tide, 42-21, thus ushering in the transition of far more African-American players into major sports programs at NCAA Division 1 schools.