Avoid the mental trauma of crisis

Multiethnic protests may lead to change 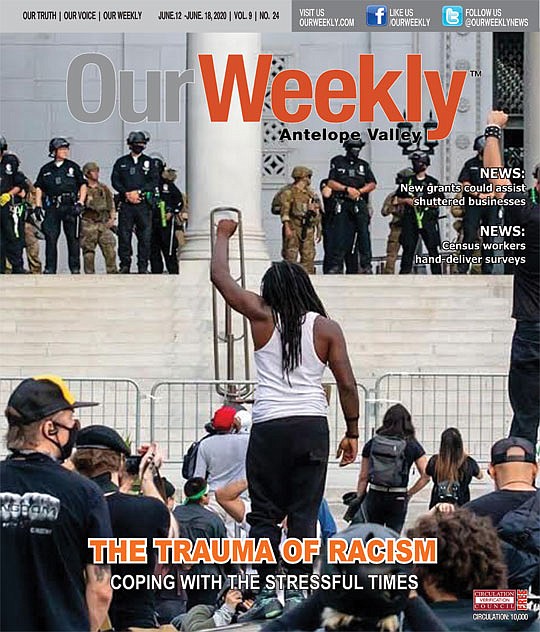 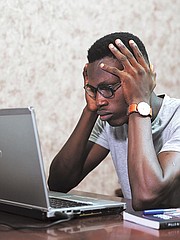 “I read something last night that I think makes a lot of sense. It’s this: ‘White privilege doesn’t mean your life hasn’t been hard. It just means the color of your skin isn’t one of the things that makes it harder.’ Wherever you stand, I don’t see how you can argue with that.”

Over the past few weeks, news reports have shown that protests following the death of George Floyd are multi-ethnic. Some, like talk show host Jimmy Kimmel, have come to a realization of the terms “White privilege” and “systemic racism.”

Though these terms are not new to many, the trauma brought on by the Floyd videotape might be a new feeling.

“Dealing with racism and White supremacy on steroids is not easy,” said Tiffany Dena Loftin during a recent Congressional Black Caucus Town Hall webinar. “Please make sure you are taking care of yourself.”

Loftin, director of the NAACP’s Youth & College Division, said that it is important to turn off the news channel for a while and take a rest from the stress.

“Without you we cannot continue the important work,” she said. “Don’t worry about missing out, we don’t want to be missing you.”

Dr. Patrice Harris, immediate past president of the American Medical Association (AMA), agrees and notes that physicians on the frontline see both the short term, immediate and the long term effects of trauma on an individual’s health.

“Most of the protests have been peaceful and it’s certainly appropriate to raise awareness around issues,” Harris said. “We’re encouraging everyone to wear masks and remember COVID-19 is still with us.”

Harris said that getting involved in the protests is an individual decision, as is staying home.

“Acknowledge the anger feelings,” she added. “It’s ok to be stressed. But take a break from media, exercise, increase your physical activity, get enough sleep, eat as healthy as you can.”

“PTSD (Post-tramatic stress disorder) is a medical disorder,” Harris said. “Structural racism is a behavior that radiates from police brutality and health inequity. That can lead to violence or lead to other trauma and trauma can lead to PTSD.

“There are many types of trauma that can impact the health—mental health and cardiovascular health,” she said. “It’s important to note that it doesn’t have to be direct. Just witnessing violence can have an impact.

Harris said that now, people around the world have experienced violence vicariously through the recording of Floyd’s death, which memorialized the event and gives voice to what many in the Black and Brown communities have been witnessing for years.

“We have to appreciate that these are traumatic events,” Harris noted. “Trauma has long-term impacts on health. Psychological, yes, but it also impacts the cardiovascular system.”

Harris has been interviewed by the media regularly, lately, regarding self-care during the coronavirus pandemic. Now her attention has turned to the current protests.

“One of ways to deal with the trauma is from time to time taking a break from the news and the media,” Harris said. “We cannot always avoid trauma. But we can cope with stress.”

The AMA plans to partner with other organizations and institutions to lead conversations about the health inequities that plague the inner city: police brutality; systemic racism; living in food deserts without access to fresh food or vegetables; not having appropriate access to transportation; and discriminatory housing policies from years ago.

“We must amplify these issues and name these issues so we can move forward in action,” Harris said. “We have to make sure institutions are doing something about structural racism and trauma.”

Harris said that the AMA is asking stakeholders to partner with them as to address the impact of racism and continued implicit bias on overall healthcare.

Harris believes that those persons who enjoy some privilege can be willing to learn all they can and then take that knowledge with them.

“Ask those who are impacted how they are doing,” Harris said.

Although the AMA encourages everyone to know their numbers when it comes to their blood pressure, Harris said that individuals cannot internalize personal blame for systemic problems.

“It’s the responsibility of stakeholders to make change,” Harris said. “We have to make sure we invert the burden and not place burden or blame on individuals.”

“We’ve been here too many times before,” Grills said. “There are too many resources going to controlling us and not enough resources to support us.”

Grills agreed that the stress of the situation can be overwhelming.

“A normal brain morphs and mutates under unrelenting pressure of racial stress,” she said. “The tactics of slave patrols have the same energy as the political tactics of 2020, in terms of our stress response. We are trained to fear those who are supposed to support and protect, which triggers a stress response.”

Grills explained that the natural human stress response results in fight or flight. She recommends emotional emancipation circles, where community members can talk it out with others.

“This chronic sustained stress has made a significant change in our bodies,” Grills said.  “This has been plaguing communities for generations.”

Surely, racism can be found in all systems, the police system, the political system, school systems, even the church.

Rev. Paul A. Hill, currently interim pastor at Holman United Methodist Church, was appointed to minister in his home state of Texas and was reminded that sometimes skin color trumps skill.

“I did what’s called a cross- racial appointment,” Hill said. “It basically means the church is intentional about putting people of one culture in predominantly different cultural settings. We’re supposed to be sent to places where our particular skills and knowledge are more valuable than keeping the racial identities as a priority. We’re supposed to be sent where we can serve best.”

An upscale Ft. Worth church was located in a community which had recently gone through integration. The Black professionals who had moved into that community had been made to feel unwanted for 20 years.

“This was a dying, White church,” Hill said. “The church knew that if they were to have a future, they had to get more people there.”

Hill was hired to come and revitalize that church and make it more community based.

“Those who were going to go to church, got used to driving to predominantly Black churches in the community,” Hill said. “All these Black folks they had demeaned, demoralized and ostracized. We established programs, but Blacks didn’t show up.”

After one year, the church made no financial investment in Hill’s ministry there and ended the outreach programs.

Hill was pleased to see the integrated make-up of the protest marches and acknowledged that finally, some Whites have come to understand what systemic racism is.

“It’s an interesting thing when you smell the smoke and see the people and feel the bullets,” Hill said. “Now it’s on their streets and they understand what used to be distant now is very real, because it’s happening in their communities.”

Hill watched one of the memorial services for Floyd and was impressed, but emotional.

“One of the most effective and disarming things that came from George Floyd’s service today is for everybody to stop for that eight minutes and 46 seconds. That was a long time.”

When it comes to coping with the emotions that come from the Floyd incident, Hill recommends talking.

“Do something,” Hill said. “If nothing more than to talk with your friends. When they start reading our stories and then asking us ‘what has been your experience?’ and asking about the truth, then we’ll see change.”