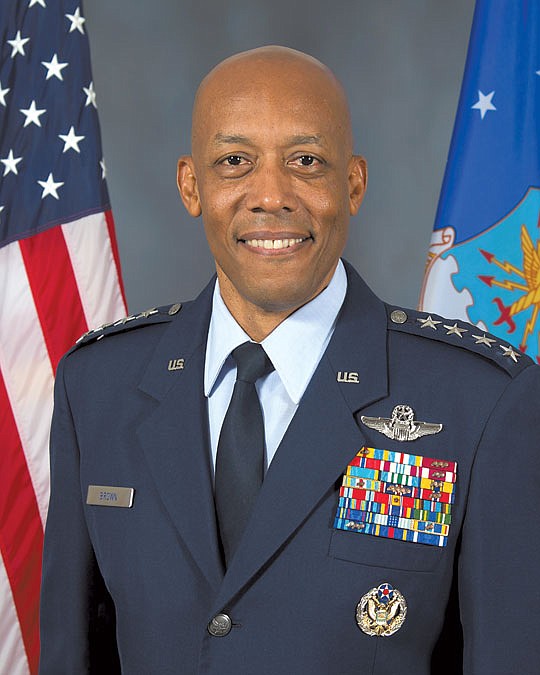 The U.S. Senate has confirmed Gen. Charles Brown to serve as the Air Force chief of staff, making him the first African-American to lead a military service branch.

Vice President Mike Pence presided over the Senate for the vote, and Brown’s historic nomination was approved unanimously, 98-0. He is the second African-American officer to sit on the Joint Chiefs of Staff, following Colin Powell, who served as chairman.

President Donald Trump nominated Brown to serve as chief of staff of the Air Force in early March and his nomination was reported out of the Senate Armed Services Committee in mid-May. But Brown’s nomination was held by Sen. Dan Sullivan, a Republican from Alaska, over questions about where the Air Force should base the KC-46 aerial refueling tanker.

The president celebrated Brown’s confirmation, albeit a bit prematurely, with a post on Twitter, calling it a “historic day for America!”

“Excited to work even more closely with Gen. Brown, who is a Patriot and Great Leader!” Trump tweeted before Brown was confirmed.

Brown is replacing Gen. David Goldfein, who is retiring. He currently serves as commander of Pacific Air Forces, a position Brown has held since 2018. The Air Force general also served as deputy commander of U.S. Central Command. A veteran combat pilot, Brown has logged more than 2,900 flying hours, including 130 combat hours.

Brown’s confirmation comes as the nation has faced two weeks of civil unrest following the death of George Floyd, 46, in Minneapolis in late May. He addressed Floyd’s death in a nearly five-minute-long video shared online, during which he said he was “thinking about how full I am with emotion — not just for George Floyd, but the many African-Americans that have suffered the same fate as George Floyd.”