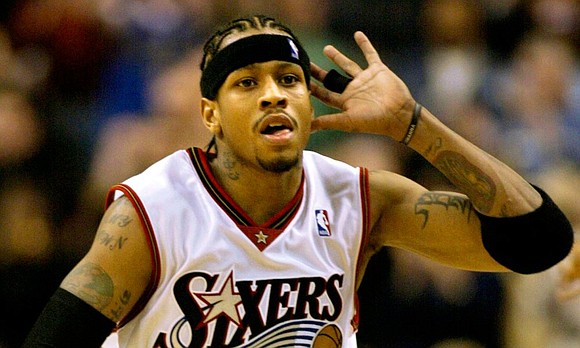 Former NBA star Allen Iverson and Reebok surprised Bethel High School’s class of 2021 Wednesday morning with news that the costs of their college applications would be covered, reports WWD.

The 44-year-old former NBA star informed the incoming senior class at his alma mater in Hampton, Va., via video. Free sneakers were also part of the deal for the students. Before his 14 seasons of playing pro basketball and two years at Georgetown University, Iverson was a promising high school player, and the NBA’s No. 1 draft choice in 1996.

The Virginia school won’t be the only beneficiary from the pro-college initiative. Reebok will also cover application fees for select students in the U.S., who apply online by explaining in 200 words or less how the coverage of their college applications “will enable them to reach their full potential and aspirations.”

As brands in all sectors and sizes are trying to connect with consumers beyond purchases, Reebok appears to be zeroing in on an important point in many high school students’ lives. The arrangement also lends itself to consumer data acquisition. There are new products in the mix, too. Reebok touted the new Origins Pack Wednesday which features reimagined versions of Iverson’s classic Iverson silhouettes such as the Answer V and Question Mid.

The Boston-based athletic company rolled out images and a hero video of some of the Bethel students wearing the new footwear. Meanwhile, Adidas is also courting students, although in a different way. Six women comprise the first class in the two-year program at the Adidas S.E.E.D. (school for Experiential Education in Design).

Developed in partnership with Pensole Design Academy at the Brooklyn Creator Farm and supported by Pharrell Williams, S.E.ED. claims to be the first industry-operated school for designers. Instruction, hands-on learning and a rotation at one of Adidas outposts are some of the components of the program. S.E.E.D. Generation 2020 will design merchandise products for next month’s Something In The Water music festival in Virginia Beach.