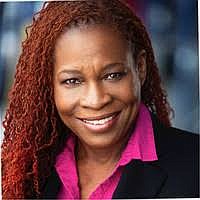 works, alleging that she was denied multiple promotions and job

opportunities because they were given to White male colleagues, reports NBC

Donna Glaesener, of Linden, about 23 miles southwest of Manhattan, filed an

discrimination and retaliation by the Port Authority Trans-Hudson rail

system, or PATH, which carries thousands of riders daily between New York

City and New Jersey. The suit is against PATH and its parent agency, the

up to become chief safety supervisor in February 2016. It was after taking

were given to her White male colleagues over her, even though she was

The lawsuit describes several alleged instances of when Glaesener was

denied positions, including in 2016 when she inquired about a vacant

position and was told that the job would not be filled. However, according

to the suit, the position was given to a White male colleague and was never

posted online to give Glaesener or anyone else the chance to apply. “As a

result, Glaesener was not even considered” for the position, the suit

During another incident, Glaesener learned that a colleague was going to

retire so she asked about applying for the position. She was promised that

there would be a job posting, but it never went up and she was later told

retiring. The lawsuit says that Glaesener was denied promotions in 2013,

When she was eventually offered a new position, Glaesener was told she

needed to resign from PATH and then apply, which would have forfeited her

retirement time. Glaesener decided not to pursue the job that was instead

for the position, and who was not forced to resign from PATH or forfeit his

time within the PATH retirement system,” the suit says.

According to the lawsuit, other Black female employees have experienced

similar issues as Glaesener. The suit says the agency has “a pattern and/or

practice of promoting White males over equally or more-qualified Black

females.” Glaesener is still employed with PATH as an acting superintendent

and is seeking damages. She was not immediately available Friday, but her

for the positions she applied to.