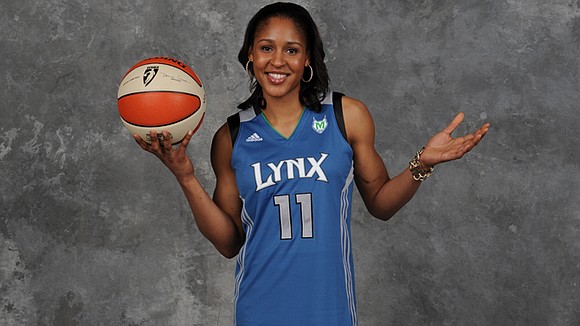 A Missouri judge on Monday overturned the conviction of a man whose case had been championed by WNBA player Maya Moore, court records show according to NBC News.

In a 37-page order, Cole County Circuit Judge Daniel Green ruled that prosecutors had suppressed evidence in the burglary and assault case against Jonathan Irons, who was convicted in 1998, when he was 16. Irons was tried as an adult and sentenced to 50 years in prison after authorities charged him with breaking into a home in the city of O'Fallon, outside St. Louis, and twice shooting the homeowner after he was found hiding in a bedroom closet.

Moore, a five-time all-star with the Minnesota Lynx who took a sabbatical this season to advocate for Irons, first met him in 2007 during a visit to the Jefferson City Correctional Facility. The two were introduced by Moore’s godparents, who had met him through a ministry outreach program. “Let Justice Roll like a River today,” Moore tweeted Monday, citing a Bible passage.

In the order, Green called the prosecution’s case “very weak and circumstantial at best.” No physical evidence was found linking Irons to the crime, and he said the testimony of the only eyewitness was “dotted with inconsistencies.” Authorities also failed to turn over a fingerprint report that would have bolstered Irons’ defense, Green wrote.

That report was found only after advocates obtained it through a 2007 records request with the local police department, Green wrote. The state Attorney General’s Office has 15 days to appeal, said Irons’ attorney, Taylor Rickard. A spokesman for the office told the News Tribune of Jefferson City that officials are reviewing the judge’s order. If the attorney general’s office declines to appeal, the prosecutor in St. Charles County, where Irons was convicted, has 30 days to retry the case, Rickard said.

Prosecuting attorney Tim Lohmar did not immediately respond to a request for comment before press time.