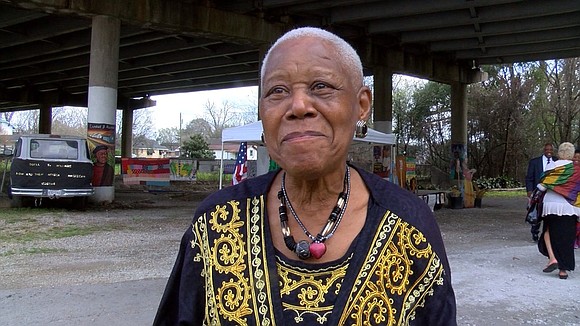 Louisiana Department of Corrections inmates donated more than $11,000 to a museum of African- American history in Baton Rouge that was founded by a beloved community activist who was brutally killed last year, reports US News.

WAFB reported late last week that the inmates gave $11,350 to the Odell S. Williams African-American Museum, which was founded by Sadie Roberts-Joseph in 2001 and is named after a Baton Rouge educator. The 75-year-old Roberts-Joseph was found dead in July 2019 in the trunk of a car, shocking the Baton Rouge community where she was widely respected as a community activist.

The coroner said she was suffocated.

Police later arrested a man who had been renting from her and was behind on rent. Sadie Robert-Joseph’s son and daughter received the check and discussed plans they have for the museum such as adding a library and expanding outreach. The museum is currently closed, but they hope to have a grand reopening in June. Inmates from the department were also able to take a tour through the museum.

“This is such a blessing. This museum meant so much to our mother, and it means so much to us to have these incarcerated individuals dig deep and give so much to keep this museum open,” said Robert-Joseph’s daughter, Angela Roberts Machen. The museum features African art, exhibits on growing cotton and Black inventors as well as a 1953 bus from the period of civil rights boycotts in Baton Rouge.

It also has prominent exhibits on President Barack Obama, whose presidency Roberts-Joseph cited as an inspiration to children. She was also a constant presence at community events, and at events promoting Black history or awareness. The state’s top prison official, Jimmy Le Blanc, praised the inmates for their donation.

“Our inmate organizations are very generous, donating money each year to worthy causes. I’m very proud of them for helping the family continue the legacy of Ms. Sadie,” Le Blanc said.