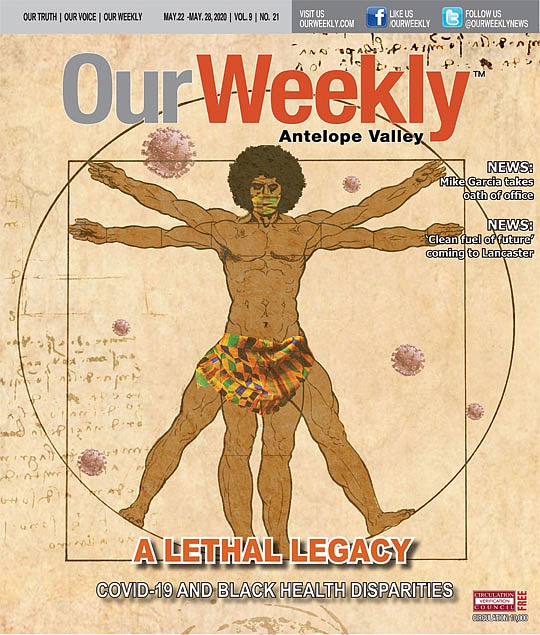 That was actor Idris Elba in late March, among the first Black celebrities to announce he had tested positive for coronavirus. “There are so many stupid, ridiculous conspiracy theories about Black people not being able to get it,” Elba continued. “That’s dumb, stupid. All right?”

The quick spread of the COVID-19 pandemic across the United States has exposed racial fault lines, with early data showing that African-Americans are more likely to die from the disease than White Americans. The data has been piecemeal, with only some states and counties breaking down COVID-19 cases and outcomes by race. But even without nationwide data, the numbers are stark. Where race data has come in, by mid-April, African-Americans have accounted roughly 42 percent of COVID-19 deaths while representing only 13 percent of the nation’s population.

Blacks more likely to be exposed

African-Americans are more likely to be exposed to COVID-19. The Centers for Disease Control and Prevention (CDC) confirmed this startling news in a study published one month ago “Morbidity and Mortality Weekly Report.” The study revealed to the larger public what most Black people had known for generations: Jobs like caregivers, cashiers, postal workers, sanitation workers and public transit employees are primarily filled by African-Americans. By early April, 35 percent of people who had been hospitalized with COVID-19 were African-American.

In the workforce prior to the shutdown, almost 30 percent of employed African-Americans worked in the education and health services industries, and 10 percent in the retail industry, according to 2019 data from the U.S. Bureau of Labor Statistics. African-Americans are less likely than employed people in general to work in professional and businesses services—the type of jobs more amenable to telecommuting.

Because a significant percentage of Black persons rely on public transit—about 34 percent according to a 2017 report conducted by the Pew Research Center—continued use of buses and/or trains during the pandemic may bring African-Americans into greater contact with infected persons.

Also, a disproportionately high percentage of African-Americans may live in places that could increase their exposure. Census data from January show that only 44 percent of African-Americans own their own home, compared with almost 74 percent of White persons. When considering a family residing in a crowded inner-city apartment building, that scenario only increases the chance of one or more persons from that Black family contracting coronavirus.

African-Americans have a higher incidence of underlying health conditions. Among those at highest risk of getting severely ill with COVID-19 are persons suffering from hypertension/heart disease, diabetes, high cholesterol, obesity and asthma. The American Heart Association notes that more than 40 percent of African-Americans have high blood pressure—among the highest rates in the world. Similarly, African-Americans tend to have much higher rates of diabetes than any other ethnic group in the nation.

Another aspect of the heightened risk has to do with African-American’s disproportionate exposure to air pollution. With the urgency to improve the metrics of climate change, such pollution has been linked to chronic health problems among Black persons including asthma, obesity and cardiovascular disease.

The heavy flow of vehicle traffic in the inner-city—along with a lack of sufficient green space for exercise—may demonstrate that African-Americans are especially prone to higher levels of lead and air pollution.

Van Jones, the political commentator who formerly worked in the Obama Administration as a staunch advocate of the Affordable Care Act, said “high-density’ locales among African-Americans have contributed to the high rates of coronavirus infection within the community

Jones’ comments echo many reports that illustrate a number of structural factors that may contribute to more Black people becoming infected and dying from the virus. African-Americans may suffer more infections because they are exposed more, and once they are infected they are dying more because they have borne the burden of chronic disinvestment (and) active socio-political neglect of their community.

African-Americans have less access to medical care and may often distrust caregivers. Inequalities in access to health care—including inadequate health and fears of racial discrimination—can make it harder for many African-Americans to access the sort of preventative care that keeps chronic diseases in check. A 2017 report in the Annual Review of Public Health suggested that a lack of regular preventative care means that African-Americans are more likely than any other racial group in the nation to be hospitalized—or re-hospitalized—for asthma, diabetes, heart failure and post-surgery complications.

The CDC has additionally reported that about 89 percent of people with COVID-19 who were sick enough to be hospitalized had at least one chronic condition. About half had high blood pressure and obesity. Another two-thirds had either diabetes or cardiovascular disease.

“Obesity is a marker for a number of other problems,” said Dr. Aaron Carroll, a public health researcher at the Indiana University School of Medicine. “It’s not a stretch to say that one reason why COVID-19 is taking its toll on people who have obesity is that their overall health is often compromised.”

Fatal barriers for the uninsured

A 2016 report from the Kaiser Commission on Medicaid and the Uninsured backs up the HHS finding.

“The access barriers facing uninsured people mean they are less likely to receive preventative care, are more likely to be hospitalized for conditions that could have been prevented, and are more likely to die in the hospital than those with insurance,” the report said in stipulating that the lack of access exacerbates the impact of the COVID-19 outbreak. Because more African-Americans have no health insurance coverage, they are more likely to rely on hospital emergency rooms for primary care—departments that have become overwhelmed with the surge of COVID-19 patients.

There are some factors—including some genetic ones—that may make African-Americans more vulnerable to COVID-19. These could range anywhere from a genetically diminished amount of Vitamin D in the skin (for Black people a high degree of melanin), to an excessive intake of sodium in an historically salty diet.

“There have been a few studies that have pointed to African-Americans potentially having genetic risk factors that make them more salt-sensitive,” said Rena Robinson, a professor of chemistry who researches chronic diseases at Vanderbilt University. “This may increase the likelihood of high blood pressure, which, in turn, is linked to more serious forms of COVID-19.” Robinson further explained that while these findings could be contributing factors, “there are likely multiple causes at play,” she said.

Stress is another issue. When a person experiences racial discrimination, it can contribute to chronic stress. Several studies have linked discrimination and stress to higher levels of inflammation among Black adults. Robinson said chronic stress can make one more vulnerable to infection “because it lowers your body’s ability to fight off an infection,” she said.

Also, chronic stress is linked to poverty and this can be a risk factor for more serious complications of coronavirus in the inner-city because, as Robinson explained, people who report higher levels of stress are more likely to catch a cold—when exposed to a virus—compared with people who are not overly-stressed.

“I expect the COVID-19 pandemic to impact African-Americans to a greater extent than other more socially advantaged groups,” said Dr. Lisa Cooper, a social epidemiologist with the Johns Hopkins Bloomberg School of Public Health. “This is because as a group, African-Americans have higher rates of poverty, [substandard] housing, food insecurity, underemployment, chronic medical conditions and disabilities.”

The lack of credible information—coupled with the federal government’s inconsistent response to the crisis—has created conditions ripe for misinformation in fueling the transmission of race-based rumors like the one Elba confronted two months ago. But while the coronavirus outbreak has further exposed the racial fault lines in American health care, it could also present an opportunity to bridge the gaps.

More experts on the subject have suggested the federal government should focus part of its massive relief and economic stimulus packages on shoring up community health care systems, tackling generational health disparities between African-Americans and Whites, and better communicate the dangers of the virus to the Black community.