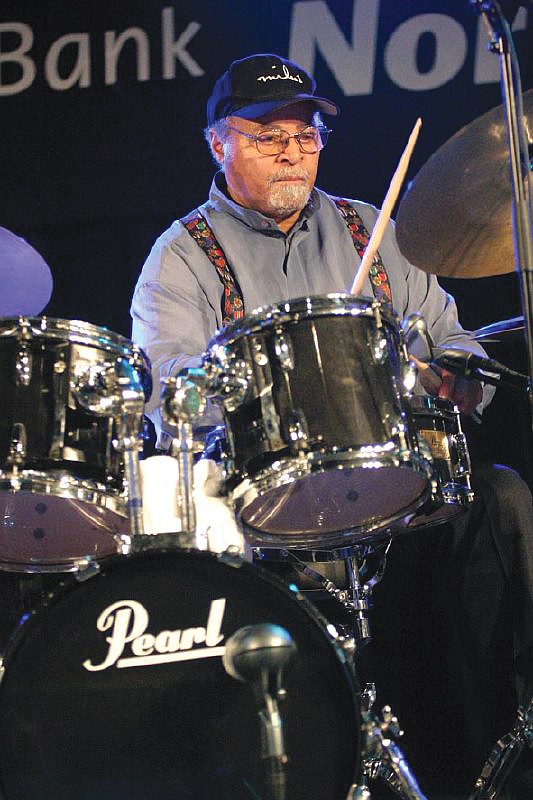 Jimmy Cobb, whose gift for understated drumming provided the foundation for some of the most classic recordings in the jazz idiom, has died from lung cancer at 91, in his Manhattan, NY home.

Wilbur James Cobb was born Jan. 20, 1929, in Washington, D.C. Like many of his generation, his musical tastes were shaped by the late night radio disc jockey “Symphony Sid” Torin, one of the first White radio personalities to give airplay to what were called “race” or “sepia” recordings on his show. His exposure to the emerging “bebop” style of jazz in the early to mid-1940s prompted him to purchase his first drum kit, and begin the task of self-education, inspired by the example of percussive maestros Kenny “Klook” Clarke and Maxwell “Max” Roach.

While still in his teens, the novice was proficient enough to share the stage with Billie “Lady Day” Holliday and Charlie “Bird” Parker. His confidence fortified, he began touring with such notables as Cannonball Adderley, Pearl Bailey, Dizzy Gillespie, and Dinah Washington. These early experiences backing vocalists may have impacted his ability to provide understated support for instrumentalists and singers alike.

Assertive without being overbearing, he imparted sublime rhythm with delicate strokes of the cymbals and soft caresses of the brushes, especially on ballads.

His tenure throughout the 1950s as the consummate accompanist led to perhaps his most notable association as part of the Miles Davis Sextet. Along with Paul Chambers on bass and Bill Evans on piano, they provided a formidable foundation for Davis and his saxophonists John Coltrane (tenor) and Cannonball Adderley (alto). In March of 1959, they walked into New York City’s Columbia Records studio to record the masterpiece “Kind of Blue,” which eventually found its way into the Library of Congress. An experiment of improvisation cordial modality, its influence has transcended the jazz idiom into the classical and rock genres.

Today, “Kind of Blue” is cited as the best selling jazz recording of all time, with a quintuple platinum (over 5,000,000 copies) certification by the Recording Industry Association of America (RIAA). It has also been deemed a national treasure by the U.S. House of Representatives.

By the 1980s, after decades as a sideman, he became a bandleader in his own right and nurtured generations of younger musicians including Wynton Marsalis, and Roy Hargrove. His accolades include the National Endowment for the Arts Jazz Masters award, and induction into the Percussive Arts Society.

An avid educator, he lent his experience and expertise to Stanford University’s Jazz Workshop; the New School for Jazz and Contemporary Music; the University of Greensboro in North Carolina; the International Center for the Arts at San Francisco State University; and numerous institutions in the United States and aboard.

Cobb is survived by his daughters Jaime and Serena, and his wife Eleana Tee Cobb, who announced his May 24 death via Facebook.