Special citation given to Black icon 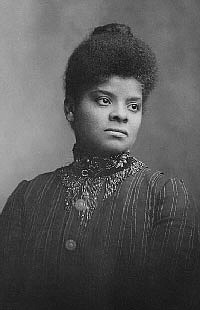 “For her outstanding and courageous reporting on the horrific and vicious violence against African-Americans during the era of lynching,” the Pulizer.org site reads. “The citation comes with a bequest by the Pulitzer Prize Board of at least $50,000 in support of her mission. Recipients will be announced at a later date.”

As an investigative journalist, Wells was one of the most well-known Black women of her time. Born into slavery, she co-owned and wrote for the Memphis Free Speech and Headlight newspaper. Her reporting covered incidents of racial segregation and inequality.

In “Southern Horrors: Lynch Law in all its Phases,” Wells exposed lynchings as a barbaric practice. Her investigative reporting was carried nationally in Black-owned newspapers. She was also one of the founders of the National Association for the Advancement of Colored People.

Last year, Aretha Franklin won the same special citation For her indelible contribution to American music and culture for more than five decades.