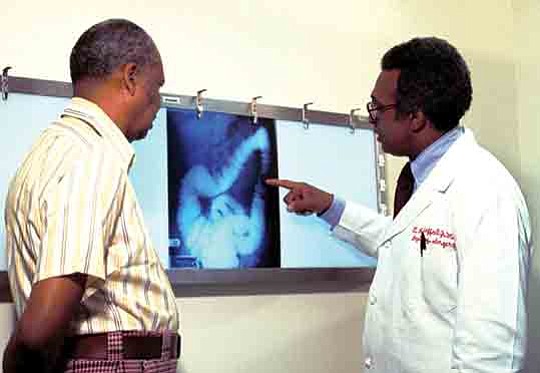 The John Wayne Cancer Institute at Providence Saint John's Health Center will receive an $8 million donation from the Rosalee and Harold Rae Brown Charitable Foundation in support of immunotherapy and genomic research, it was announced Monday, Nov 16.

The Brown Foundation's gift is the largest donation ever made to Santa Monica-based JWCI and will be transformative for immunotherapy and precision medicine, cancer research and care, according to foundation officials.

The donation will be counted as part of the Power of Partnership Campaign to raise $200 million for Providence Saint John's and its affiliate institutes, including JWCI and Pacific Neuroscience Institute.

"This wonderful gift provides us the opportunity to further build on our deep work in immunotherapy and is faithful to the vision of bringing immunotherapy and precision medicine together,'' hospital Chief Executive Michael Ricks said.

The donation, announced by trustee Harold R. Brown, will establish the Rosalie and Harold Brown Cancer Immunotherapy Research Program, named after Harold's parents. His father died of colon cancer, and being a cancer patient himself who was treated with immunotherapy, Brown says he wanted to make a gift that would help other people with cancer.

Brown's gift "will be transformational to the JWCI as it allows us to build clinical research programs around the two foundational pillars of cancer scientific discovery, immunotherapy and genomics across integrated solid tumor disease teams,'' said Dr. Steven O'Day, executive director of JWCI.

"I am thrilled and indebted to Harold for his bold vision and transformational gift,'' he said.

As a lifesaving treatment, immunotherapy has grown exponentially since it first was utilized to treat deadly melanoma, a relatively rare form of cancer. Today about 15 different types of cancer have been treated successfully by immunotherapy, and that number is growing. Unfortunately, immunotherapy does not work for every cancer or every patient. And doctors don't fully understand why. This is where the synergy between immunotherapy and the second pillar, precision genomic medicine, comes into play.

Precision genomic medicine explores genetic changes in tumors that cause a cancer to grow and spread.

"Precision genomic medicine is about interrogating the cancer for specific mutations that may suggest ways to precisely attack the cancer cells,'' O'Day said. "The changes that occur in one person's cancer may not occur in others who have the same type of cancer. Precision genomic medicine can help more accurately predict which treatments and strategies will work for particular tumors -- and patients.''

Brown said it gives him great satisfaction that his gift will help advance the field.

"This kind of gift helps everyone with cancer,'' he said. "That's what it's all about.''