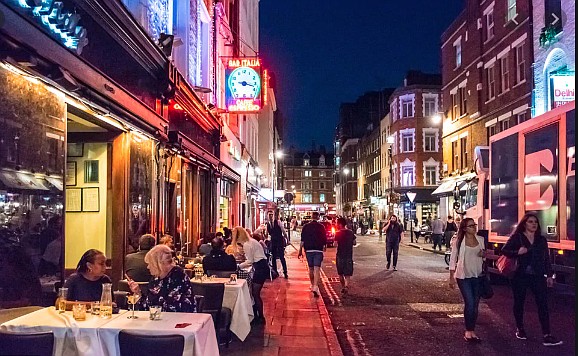 Looking to combat a surge in coronavirus cases, Los Angeles County will tighten some restrictions this week, such as requiring restaurants, wineries, breweries and non-essential retail businesses to close at 10 p.m., while limiting gatherings to no more than 15 people from a maximum of three households.

The county previously issued guidance limiting gatherings to three households, but there was no numerical limit on attendees.

Customers of personal care businesses—such as nail salons—will have to make advance appointments, and no services can be performed that require the customer to remove a face mask.

The changes come amid a surge in COVID-19 that saw daily case numbers exceed 2,000 most of last week before topping 3,000 on Saturday and Sunday.

The county has also seen a steady increase in hospitalizations. The number of L.A. County residents hospitalized with the virus surpassed 1,000 on Sunday for the first time in months, jumping from 966 on Saturday to 1,014, then up to 1,049 on Monday.

Although the rate of deaths from the virus has not risen sharply, that number is considered a “lagging indicator,'' meaning it tends to increase several weeks after a spike in hospitalizations.

All other key metrics in the county are on the rise. Public health director Barbara Ferrer said Monday the county's average daily rate of new cases per 100,000 residents was 13.7, nearly double the 7.6 rate from a week ago. The county's seven-day average daily rate of positive virus tests was 5.3 percent on Monday, up from 3.8 percent just a week ago.

The county reported 2,795 cases on Monday—a day when case reports are traditional lower due to a lag in reporting of test results over the weekend. Long Beach health officials announced 130 more cases Monday, while Pasadena reported 16. The new cases lifted the cumulative county total to 342,489 since the start of the pandemic.

“It is clear that L.A. County is at a very dangerous point in the pandemic,'' Ferrer said.

Health officials have pointed squarely at gatherings of residents—either in public or private settings—for driving the recent surge, which has primarily involved younger residents under age 50.