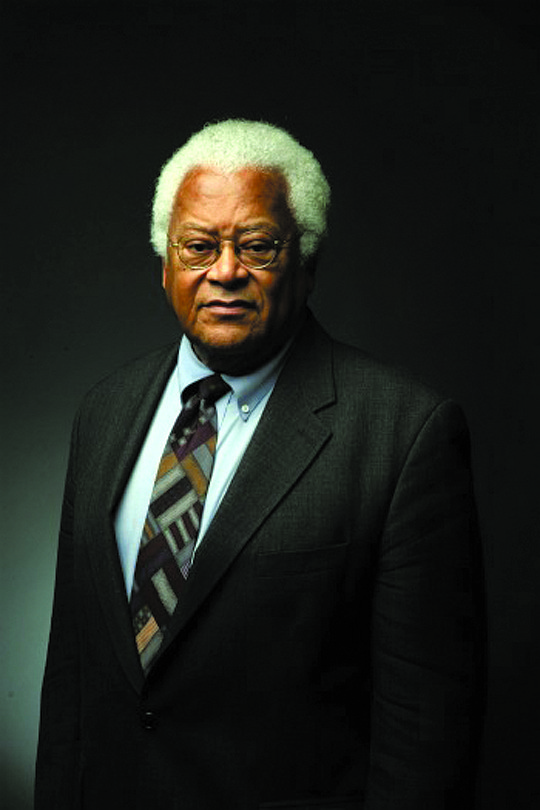 On a motion by Supervisor Mark Ridley-Thomas, the Los Angeles County Board of Supervisors voted unanimously to proclaim Sept. 22 as “Rev. James M. Lawson, Jr. Day.”

Sept. 22 will mark the 92nd birthday of Lawson, who, since the 1950s, continues to travel across the country to train men and women in nonviolent resistance to achieve social justice. He has taught at UCLA; CSU Northridge, and countless other educational institutions.

“When Reverend Lawson talks about those whose lives and livelihoods were in the balance, we are hearing the son of a movement,” said Ridley-Thomas. “This is a well-deserved recognition honoring a leader who has dedicated so much to a nation and county through advancement of civil rights and non-violence.”

From a young age, Lawson sought to improve the lives and conditions of African Americans in his community. While a freshman at Baldwin Wallace College in Ohio, he studied sociology. In 1951, because of his refusal to serve in the US military when drafted, he was convicted of draft evasion and served 13 months of a three-year sentence. After his release, he traveled to India to study Mahatma Gandhi’s method of nonviolence to achieve social and political change.

He returned to the United States in 1955, entering the Graduate School of Theology at Oberlin College in Ohio. One of his Oberlin professors introduced him to Martin Luther King Jr. who had also embraced Gandhi's principles of nonviolent resistance. Lawson was so moved by the ongoing social justice movement, that King encouraged him to move to the South and teach nonviolent resistance to the men and women fighting for equal rights. In 1958, he relocated to Tennessee.

Lawson was influential in the founding of the Student Nonviolent Coordinating Committee, the principal channel of student commitment in the United States to the Civil Rights Movement.

He attended Vanderbilt from 1958 to 1960 when he was expelled for civil rights arrests, but received his Bachelor of Sacred Theology from Boston University that same year. In 1961, he participated and assisted in the coordination of the Freedom Rides, as well as the Meredith March in 1966.

Lawson was also one of the key organizers of the Memphis sanitation workers strike, which would become King’s last event. It was in his final speech in 1968, “I’ve Been to the Mountaintop”, that King spoke of Lawson by saying, “He’s been going to jail for struggling; he’s been kicked out of Vanderbilt University for this struggling; but he’s still going on, fighting for the rights of his people.”

In 1974, Lawson relocated to Los Angeles to become a pastor at Holman United Methodist Church where he would serve until his retirement in 1999. During his tenure, he served as president of the Los Angeles chapter of the Southern Christian Leadership Conference, which traces its founding to the Montgomery Bus Boycott.

“This is a beloved man who once knew the uncertainty and agony of staring down the evil of segregation and all that it wrought and responded not with hate nor with rage,” said Ridley-Thomas. “He has responded with courage, love, respect, and humanity for the possibility of us all, one of a kind, as members of humankind through non-violence. Sixty years is a lifetime for some, but Rev. Lawson’s legacy of nonviolence will resonate for an eternity.”