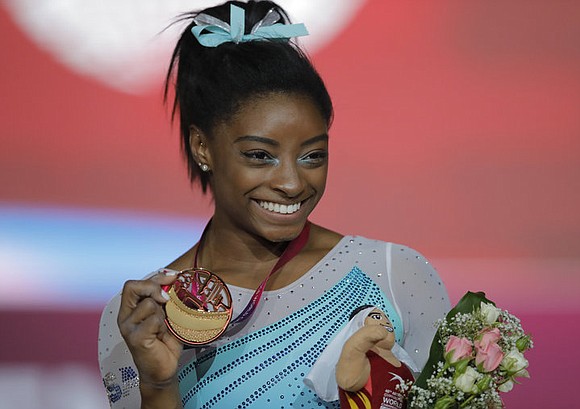 Watching all the athletes prove their worth in competition toward the Olympic Games is usually quite inspirational. The performances are exhilarating and the backstories of the athletes are especially stirring.

But there have been several events dampening that Olympic excitement lately, not the least of which is the recent pandemic surge.

The Tokyo Olympics officially begin next Friday, July 23 and end Aug. 8. But according to last week’s Asahi Daily, due to the rise in coronavirus infections (as of press time, less than 10 percent of the Japanese population was fully vaccinated), the Olympic organizers are set to ban all spectators from the Games.

Japan has declared a coronavirus state of emergency for Tokyo that will run throughout its hosting of the Olympics.

“Taking into consideration the effect of coronavirus variants and not to let the infections spread again to the rest of the nation, we need to strengthen our countermeasures,” Prime Minister Yoshihide Suga said.

Another blow to the excitement factor is that some athletes will not be participating in the games.

Track star Sha’Carri Richardson will not be part of the United States’ 4x100 team at the Tokyo Olympics, according to the roster USA Track & Field (USATF) unveiled last week, extinguishing the 21-year-old sprinter’s last chance to participate in this summer’s Games.

Richardson, the 100-meter champion at the U.S. Olympic trials last month, had already been ruled out of her signature event because of a positive marijuana test and subsequent one-month suspension. She had hoped she would be placed on the relay team, which runs after July 28, when the suspension would have been lifted.

“Right now, I’m just putting all of my energy into dealing with what I need to do to heal myself,” Richardson said on the “Today” show, which aired the Friday before the USATF announcement.

Richardson’s results at the trials were disqualified as part of her punishment, so other athletes’ results were taken into consideration. USATF said it believes Richardson’s being chosen for the relay team would have betrayed its selection process.

“All USATF athletes are equally aware of and must adhere to the current anti-doping code, and our credibility as the National Governing Body would be lost if rules were only enforced under certain circumstances,” USATF’s statement read.

According to a Washington Post report, Richardson said she used marijuana to cope with the discovery that her biological mother had recently died. The new information, combined with the pressure to perform, left her “in a state of emotional panic,” she said.

“Sha’Carri Richardson’s situation is incredibly unfortunate and devastating for everyone involved. Athlete health and well-being continue to be one of USATF’s most critical priorities and we will work with Sha’Carri to ensure she has ample resources to overcome any mental health challenges now and in the future,” the USATF website states.

“I’m sorry, I can’t be y’all Olympic Champ this year but I promise I’ll be your World Champ next year,” Richardson tweeted.

Another athlete, Serena Williams, will not be participating in the Tokyo Games either. Maybe it is because organizers, citing the pandemic situation, will not permit athlete families to attend. That would include her young daughter and “best friend,” who incidentally is named Olympia.

Last month Williams said that she would not go, but did not want to say why during her pre-Wimbledon video conference with reporters.

The 39-year-old Williams has won four gold medals at past Summer Games for the United States.

While many athletes may not participate in the games for various reasons, there are some familiar names headed to Tokyo, including gymnast Simone Biles.

Biles, a 23-year-old Belizean-American gymnast, already has a combined total of 30 Olympic and World Championship medals.

Biles was born in Ohio and later adopted by her grandparents in Texas. During a serendipitous daycare field trip to a Houston gymnastics class, a coach recognized Simone’s natural talent and sent home a letter to her grandparents, requesting that they enroll her. She quickly rose through the sport’s levels and has been recognized by some as the GOAT — greatest of all time.

“My journey to the 2016 Olympics started on a daycare field trip,” Biles writes in her new book “Courage to Soar.” “You might think that going from a girl in foster care to being an Olympic gold medalist in Rio de Janeiro is the most amazing part of my journey. It isn’t. It’s how I got there — or more accurately, who got me there — that is most miraculous.”

Biles feels her faith and her family made her wildest dreams come true.

Three-time Olympian Lolo Jones has also written a book where she shares her life’s game plan.

In “Over It: How To Face Life’s Hurdles with Grit, Hustle, and Grace,” which debuts July 20, Jones delivers a candid look into her life, sharing with readers her game plan for overcoming obstacles.

“‘Over It’ is my life’s story, my thesis to overcoming and living a successful life,” says Jones. “‘Over it’ is not just about what’s in front of you or where you are going. It’s also about where you came from. It’s about how you leverage your past—regardless of its hardships, disappointments, trials, and abuses—to propel you into your future. It’s about how to keep running, keep trusting, keep growing in faith and love.”

For Jones, the challenges began early, growing up with a single mother who worked multiple jobs to support a family of six while her father was in prison. Poverty and hardship instilled an overcomer’s mindset that gave Jones the strength she needed to rise above, earn an economics degree at LSU and ultimately establish herself as the best women’s hurdler in the world.

In 2012, Jones faced spinal surgery, yet she rallied to make the Olympics, finishing in a remarkable fourth place. Afterwards, Lolo was determined to compete in bobsledding and in 2014 she competed in Sochi, taking eleventh place and becoming one of only 10 American athletes in history to compete in both the winter and summer Olympics.

Next, injuries derailed Jones’ 2016 hurdling campaign, she was the last athlete cut from the 2018 team selection, and the pandemic delayed the 2020 games, sadly ending her chances for an Olympic medal in hurdling.

Jones is currently training to compete in the 2022 winter Olympic games in pursuit of winning her first Olympic medal.