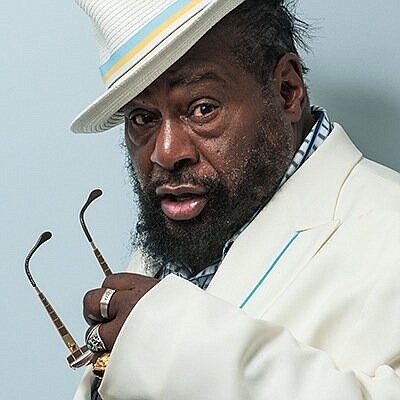 Musicians Martha Reeves, and George Clinton headline a sterling cast of entertainment notables to be inducted in the 2022 Hollywood Walk of Fame.

Initiated in 1960, the Walk of Fame runs along Hollywood Boulevard, from Gower Street westward to LaBrea Avenue (along with three blocks going south along Vine Street) constituting some 2,700 odd concrete embedded stars honoring luminaries deemed the most accomplished in the 100-odd history of this entertainment hub.

Since its establishment, the Walk has been deemed a historical landmark and is a major destination for visitors to the City of Angels.

Each five-pointed star is constructed of pink terrazzo marble rimmed with brass (which in turn is laid into a charcoal-colored terrazzo background), placed at six-foot intervals along the sidewalk.

Boxing immortal Muhammad Ali was bestowed with a star in 2002, which is mounted on a wall near the Dolby Theatre. It is the only one not set in the sidewalk since the champ stated he could not allow pedestrians to walk on his name, which he shares with the Prophet Muhammad.

The construction cost of each 300-pound monument is in excess of $50,000, which is assumed by independent nominating entities associated with the honoree.

Martha Reeves's boisterously blunt alto was the centerpiece of the Vandellas vocal group, which in turn was a cornerstone of the success of Motown Records and the integration of popular music in the 1960s. She later served on Detroit's City Council between 2005 and 2009.

Melanie Greene of the London-based production company 5-0 Entertainment Studios, which is currently working on a biopic/documentary of the acclaimed singer, spearheaded the push to secure Reeves' star.

Beginning his career as a staff writer with Motown, George Clinton later became a pioneering architect of the rhythmic genre of “Funk,” an idiom that emerged from the Black community of the 1960s. His music collective “Parliament-Funkadelic,” is considered a seminal influence on what later became Rap or Hip-Hop during the late 20th century.

Yet and still, the proceedings are not finalized, as the Hollywood Chamber of Commerce's Vice President for Media Relations, Ana Martinez notes “The ceremonies could take place in 2022 or 2023 as they have two years to commit to the ceremony,” she says.

“If they don't set dates (for the ceremonies) they will expire.”