The new normal should include diversity, equity and inclusion initiatives 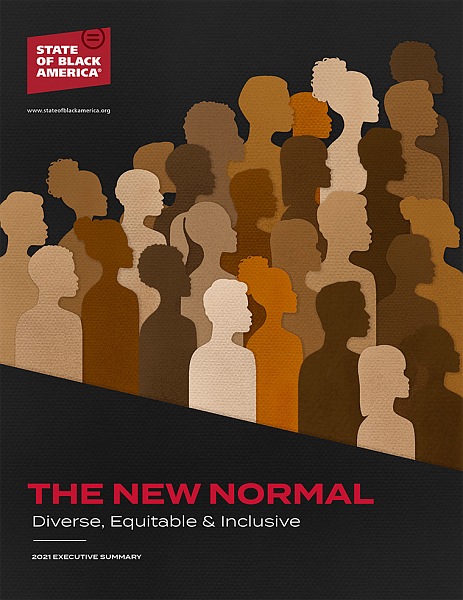 Diverse, equitable, and inclusive. Those are more than buzzwords to the National Urban League (NUL). The organization said those pillars should become actionable items, as Black America moves forward after the pandemic.

“There’s nothing wrong with Black people that ending racism can’t solve,” said Dr. Andre M. Perry, a senior fellow with the Metropolitan Policy Program at the Brookings Institute. “You’ve seen the resilience of Black people throughout this pandemic and it is evidenced in overall entrepreneurship in Black communities.”

NUL released the “2021 State of Black America, The New Normal: Diverse, Equitable and Inclusive” on July 15. The report, which was discussed during a virtual panel, is a national index with economic benchmarks and sources for thought leadership around racial equality in America. The first State of Black America report was issued in 1976.

“It is time to get it right,” said National Urban League President and CEO Marc Morial. “The title is no mistake. We are on a mission to establish a new normal in this nation.”

“Economic justice must be the central tenet of our recovery,” Morial said.

However, the question still looms: what lessons from the COVID-19 pandemic can Black America use to build a better future?

Researchers said the unprecedented global pandemic has claimed and transformed the lives of millions, disproportionately impacting the Black community. Disparities existed in America before the pandemic, but those disparities were brought to the forefront during the pandemic’s peak.

“There were discrepancies and disparities in unemployment across racial groups through the pandemic and even now. Since the beginning of the COVID-19 pandemic, job losses have been concentrated among women workers, particularly Black and Hispanic women workers,” said Dr. Kristen Broady, a fellow with the Metropolitan Policy Program at the Brookings Institute.

“There’s still room for policymakers to come in and help people with transportation, childcare, and job training,” Broady added.

Meanwhile, as the world continues to reopen, social justice advocates said Black Americans must work together, not against one another.

“Show some humility (on social media),” began Dr. Michael Eric Dyson, an author, minister, social activist, and Centennial Professor at Vanderbilt University. “Let’s have some more humility and love… our common enemy is over here, let’s join forces to do so.”

Unity is a must because of the gravity of the moment, as America’s political arena has become more divisive.

“We know what is happening here is that the Republican Party is using its own ability to demonize people,” Dyson said. Advocates said it is important to talk about how the lack of diversity, equity, and inclusion affects Black America.

Meanwhile, various panelists agreed that Derek Chauvin’s murder conviction for killing George Floyd was an anomaly because laws have not changed and Black people have continued to be killed by law enforcement, even after what was seen at the moment as a historic verdict.

“Let’s not be fooled. It really isn’t a turning point,” said Jennifer Jones Austin, Esq., who serves as the CEO & executive director of the Federation of Protestant Welfare Agencies (FPWA). “We need to rethink and demand basic human and economic rights.”

However, Black public health professionals, civil rights leaders, elected officials, and community advocates are all committed to not letting this moment go. They’ve joined forces to break down the necessary walls to end structural racism and systemic racism in healthcare.

“It is possible to change this narrative,” said Dr. Riana Elyse Anderson, Assistant Professor at the University of Michigan School of Public Health. “Normal may not be the most healthful.”

Anderson challenged participants to move past the idea of accepting a “new normal.”

“I want us to have a new revolution, a new movement, a new noise… if we were to start today with a new way of thinking, what would that look like for us and our people.”

The full report is available at www.StateOfBlackAmerica.org