The 63rd Annual Grammys were a big surprise for female artists 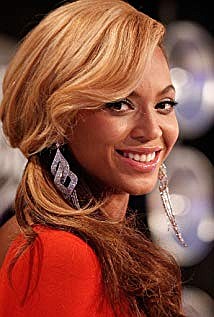 One year into the pandemic and life seems to be slowly returning back to pre-pandemic times. Although COVID-19 restrictions are still being held in place, the 63rd Grammys were able to proceed at the Staples Center in Downtown Los Angeles, with mask-wearing and social distancing, and no audience of course.

Queen Bee also won for “Best R&B Performance “(Black Parade) and “Best Rap Performance (Savage). This year’s Grammys made her the most-winning female artist in the history of the Grammys, with a total of 28 awards.

“As an artist, I believe it's my job, and all of our jobs, to reflect the times. It's been such a difficult time," Beyonce said while accepting her award. “So I wanted to uplift, encourage, celebrate all the beautiful Black queens and kings that continue to inspire me and inspire the whole world.”

In the past, the Grammys received some backlash for not having enough diversity. Although many artists of color have been nominated, not many have won. This year’s Grammys seemed to be the most controversial of them all, even though it had a strong female lead who won.

Others, who were not nominated for any category submitted—such as The Weeknd with his album “After Hours”—took their disappointment to Twitter. The zero nominations for The Weeknd came as a surprise to many since his album ranked No. 1 on the Billboard Charts.

“The Grammys remain corrupt. You owe me, my fans, and the industry transparency…,” The Weeknd tweeted.

He also stated that moving forward, he will boycott the Grammys and not submit any of his music. In an interview with The New York Times (NYT) Harvey Mason Jr, the organization’s acting chief executive said in response to The Weeknd’s statement, “We're all disappointed when anyone is upset. But I will say that we are constantly evolving. And this year, as in past years, we are going to take a hard look at how to improve our awards process, including the nomination review committees.”

The Weeknd is not the only one who has withdrawn from the Grammys. In 2018, Drake withdrew his album “More Life” to be considered at the Grammys, while Frank Ocean declined to submit his music in 2017.

Although Beyonce won four times, the categories she won were either Rap or R&B, not pop, though Queen Bee is one of the world's biggest pop icons.

The academy states that it takes the backlash about “not representing enough diversity” seriously and has made an effort to represent changes by hiring more women and people of color, as well as inviting new members into its leadership and committees.

“The changes have been transformative,” Mason said.