This year’s duo will be joined by 2020 finalist 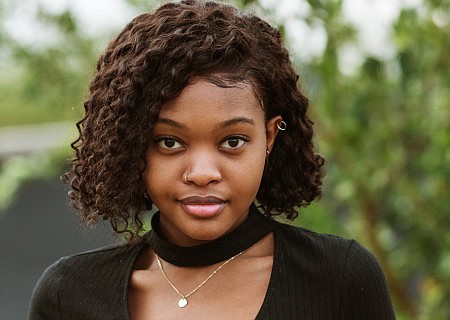 Eko, 17, attends ICEF View Park Preparatory High and placed first in the regional competition, earning a $500 scholarship. Moran, 18, goes to Ramon C. Cortines School of Visual and Performing Arts and took second place and a $400 scholarship. Pau,18, goes to L.A. County High School for the Arts and took third place and a $300 scholarship. Eko and Moran will advance to the national competition with students from cities around the country. Pau will serve as the Los Angeles alternate.

Tyla Uzo,17, goes to Ramon C. Cortines School of Visual and Performing Arts and took second place in the 2020 regional finals. She will join Eko and Moran in this year’s national competition.

This is the tenth consecutive year that Center Theatre Group has hosted the Los Angeles component of the national monologue competition. The program is designed to inspire and educate youth using monologues from August Wilson’s “American Century Cycle,” a 10-play cycle that details the complexity of the African-American experience in the 20th century. All previous competitions have culminated in an evening of monologues performed on the stage of the Mark Taper Forum.

Eko, Moran and Uzo will receive master classes provided by Center Theatre Group. The sessions will allow the students to refine their performances while gaining valuable acting techniques.

The program kicked off this season with a preliminary audition that featured 113 students in 10th, 11th or 12th-grade from 33 different high schools in Los Angeles, Orange, San Bernardino and Riverside counties.

Center Theatre Group also offers an in-school residency as part of the larger August Wilson Program. The August Wilson In-School Residency is a semester-long program that provides students from Title 1 schools with an in-depth study of the work of August Wilson. This year, classes from Carson Senior High School, Edward R. Roybal Learning Center and Animo Leadership Charter High School are taking part in the residency.