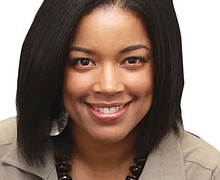 As I write this column, there are two stay-at-home orders in effect in..

Millions of unbanked consumers may wait weeks for stimulus checks

As the COVID-19 pandemic continues to unfold with...

“Against the insidious wiles of foreign influence (I conjure you to believe me, fellow citizens) the jealousy of a free people ought to be constantly awake, since history and experience prove that foreign influence is one of the most baneful ...

A Coalition-building is the best way for Black people to make the kind of progress we need to make in this country, especially when it comes to economic empowerment. Some have posited that Black people are swiftly becoming obsolete.

The illuminating lead in a recent, front page article in The Washington Post, headlined “A New Divide In American Death,” stated the following:

Rejecting the Freedom to Discriminate

It was not so long ago when one of the most powerful justifications wielded in support of the American practice of segregation was religious belief.

I need my father

As an Afro-American grandfather, I now understand that fatherhood is a privilege, not simply a right. I realize that being a father is an institution, professorship of trust, culture, and emotions attached to DNA. There is no question that each ... 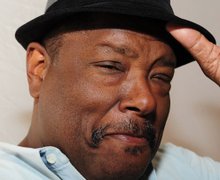 The Adventures of CI-7

There was a black and white Japanese cartoon show I used to watch as a kid called The Amazing Three. These were three talking animals that were actually space aliens sent to see if Earth was going to be a ...

Change comes when change is demanded

The 50th anniversary of Lyndon B. Johnson’s declaration of a war on poverty brought long overdue attention to his commitment. Today, with one in five children in America still raised in poverty, an accounting is vital as part of a ...

The U.S. Justice Department and the Tobacco-Free Kids Action Fund have reached an agreement with the four major tobacco companies that requires them to spend more than $30 million in advertising with the three major television networks and run full-page ...

Successful fundraising requires qualified volunteer leadership. Whether you are launching an annual campaign or a capital campaign you need a campaign chair that is committed to your cause and willing to put in the time required to achieve your fundraising ...

Be an advance guard for jobs

In August 1963, as was the case 100 years earlier when the cemetery for the heroes of Gettysburg was dedicated, many speeches were delivered; but one stood out as a galvanizing moment to redefine and repurpose a movement. 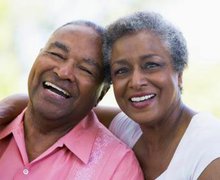 How the golden years become tarnished

The elderly population is one of the fastest-growing population segments in the United States. How prepared are you for your golden senior years? Your latter years should be your best years. However, for many, it’s the opposite.